Should a surgeon operate on his or her own family member? Is a psychologist’s spouse a good candidate for his or her own couch? Professional and personal relationships usually shouldn’t mix — the emotional component too easily undermines sound decisions. When it comes to public companies’ operations, investors should look for unbiased, transparent leadership and truly independent boards of directors. 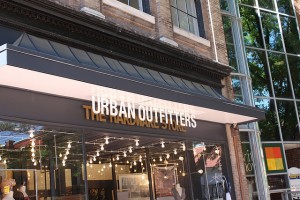 In some cases, corporate managements flagrantly disregard independent, impersonal approaches to management and boards. Instead, they blur the lines between personal and professional, a practice that should have shareholders concerned.

All in the family
For several years, activist shareholders have pushed for board diversity at Urban Outfitters, Inc. (NASDAQ:URBN). Although the retailer caters to a heck of a lot of female customers, not one woman has served on the company’s board of directors.

This year, activist investors like Calvert Investment Management, the Connecticut Retirement Plans and Trust Funds, and the New York State Common Retirement Fund have continued the fight to get at least one female or minority director on the all-male board.

There’s been an interesting twist on the theme this year, though. Urban Outfitters, Inc. (NASDAQ:URBN) has announced a move in the general direction, nominating a female for its board of directors.

However, there’s a catch. The nominee isn’t just any woman, and it’s most certainly not an “independent” female. Margaret Hayne just happens to be married to co-founder, chairman, and CEO Richard Hayne.

Hayne (Mrs., that is) has headed up the Free People concept for years; granted, she does possess deep knowledge of the company and its customer demographics. At least there’s that. Still, “all in the family” relationships at public companies present the possibility of conflicts of interest, plain and simple.

According to the shareholder proposal filed at Urban Outfitters, Inc. (NASDAQ:URBN), retailers The Gap Inc. (NYSE:GPS), Nordstrom, Inc. (NYSE:JWN), and Abercrombie & Fitch Co. (NYSE:ANF) each have at least one woman or minority on their board of directors.

Urban Outfitters, Inc. (NASDAQ:URBN)’s shareholder meeting occurs today, so it should be interesting to see how many shareholders voted for the proposal, which pushes for a diverse board that is truly independent instead of one that’s throwing a female company insider into the mix in a feeble attempt to placate shareholders.