Upslope Capital on MarketAxess (MKTX): “I Admire the Company and Management”

Upslope Capital Management, an investment management firm, published its second quarter 2021 investor letter – a copy of which can be downloaded here.  A quarterly portfolio net return of +2.8% was recorded by the fund for the second half of 2021, below the S&P Midcap 400 ETF and the HFRX Equity Hedge Index that delivered a +3.4% and +5.1% gains for the same period. You can view the fund’s top 5 holdings to have an idea about their top bets for 2021.

In the Q2 2021 investor letter of Upslope Capital Management, the fund mentioned MarketAxess Holdings Inc. (NASDAQ: MKTX), and discussed its stance on the firm. MarketAxess Holdings Inc. is a US-based financial services company, that currently has a $17.5 billion market capitalization. MKTX delivered a -19.05% return since the beginning of the year, while its 12-month revenues are down by -13.42%. The stock closed at $462.68 per share on July 19, 2021.

Here is what Upslope Capital Management has to say about MarketAxess Holdings Inc. in its Q2 2021 investor letter:

“MarketAxess is the leading platform for the electronic trading of fixed income securities (mostly corporate high-grade, high-yield, Eurobonds, emerging markets bonds). The stock has been a Core long of Upslope’s strategy since day one, nearly five years ago. Over time, the position became increasingly challenging to manage – fundamentals remained attractive, but valuation got out of hand (at one point shares traded for almost 75x earnings). MKTX is a fantastic business, but not a hyper growth company (mid-teens % revenue growth is how I’d characterize it). I am not well-suited to sit tight when valuation becomes that extreme. Nonetheless, so long as long-term fundamentals remained solid, I did my best over the years to sit tight.

Unfortunately, fundamentals began to shift late last year. Historically, the primary data point that investors truly cared about was market share gains. For years, MKTX took share of overall bond trading volumes – often in a manner that felt unopposed. So long as MKTX was quickly adding share, investors could feel confident that the electronic market wasn’t saturated and competition wasn’t encroaching on MKTX’s profit pool. The shift YTD has two components – one more worrisome than the other. First, MKTX faces “tough comps” due to market share having accelerated sharply in 2020 – no big deal as far as I’m concerned, beyond shorter-term implications for the stock. The second, more troubling issue is that while MKTX has shown clear signs of deceleration in share gains year-to-date, its primary, but smaller competitor, Tradeweb (TW), has shown a sharp acceleration in share gains.

As shown in the charts below, TW has captured a rising amount of incremental share from MKTX for about one year now. This is not the first time MKTX has ceded incremental share gains to TW over a multi-month period: the second half of 2019 saw a similar shift. What makes it “different this time” is that TW now has a serious base of market share in MKTX’s core products (e.g. high-grade bonds) and is a genuinely formidable competitor. As of June, TradeWeb’s share of high-grade volumes sat at an all-time high – nearly double where it was a year ago. Today, TW share also represents ~60% of MKTX’s vs. ~37% during the late 2019 shift. MKTX’s share lead in high-grade vs. TW is at an all-time low. Advances in high yield trading for TW follow a similar trajectory.

Compounding the incremental share concerns is the backdrop against which this has occurred. Two key points here. First, MKTX has long appeared to charge (on an apples-to-apples product basis) a significant premium to what TW charges for credit trades. This suggests potential disappointment on not just volumes, but also pricing ahead, as it’s a defensive lever MKTX can pull. Indeed, Q2 “pricing,” which MKTX reported in early July, disappointed and declined both sequentially and year-over-year. Second, for a number of years market observers worried MKTX could lose ground to TW due to its lack of treasury/hedging capabilities. In late 2019 MKTX moved to address the issue by making its largest-ever acquisition and buying LiquidityEdge. That TradeWeb has gained so much ground against MarketAxess 20 months after the deal closed suggests potentially deeper innovation issues. While recent trends could revert, alarm bells should be ringing loudly for MKTX shareholders – especially with the stock trading for almost 60x earnings.

Given the above observations, Upslope not only exited the last of our long position in MKTX, but initiated a short. I admire the company and management; but, the combination of falling short-term estimates, material risk of a sustained increase in competitive pressures (and related deceleration in long-term growth), and extreme valuation makes for a compelling, straight-forward short thesis, in my view.” 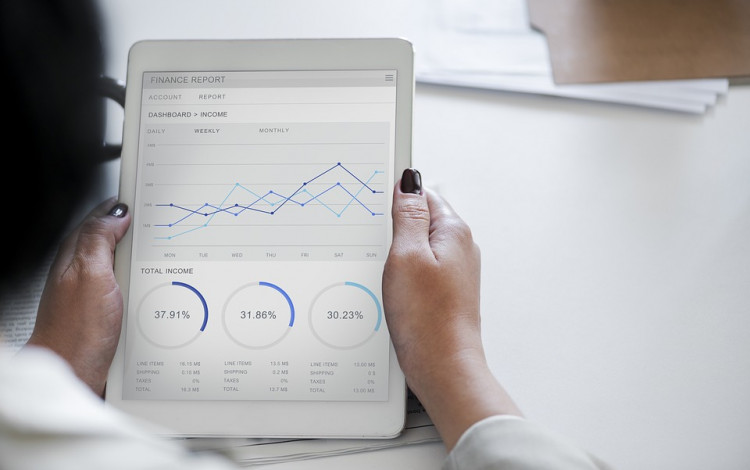