Unemployment rates are at a record low, the United States added more than 5.3 million jobs in the first two years of Trump’s presidency. Interestingly, the oft-ignored side of unemployment is the developing shortage of some skilled labor as new positions remain unfilled. In May 2019,  the number of open manufacturing jobs was an all-time high of 509,000. Technological advancement makes some roles obsolete; yet, the new technology also creates new roles that need to be filled. In fact, it is estimated that as much as 2.4 million positions will be unfilled by 2028.

Hence, enterprises need to be proactive about employee training programs in order to keep their workers employable as the technology continues to disrupt job roles.  Last summer, President Trump signed the Pledge to American Workers, which encouraged companies and trade groups to invest in education, training, and reskilling programs.

Earlier this month, the White House revealed that that the administration’s efforts on the Workforce development program are showing results. In fact, 430 American companies have committed to training more than 15 million American workers and providing them with jobs. Some of the public companies making the commitment include, Walmart Inc. (NYSE:WMT), Johnson & Johnson (NYSE:JNJ), and Microsoft Corporation (NASDAQ:MSFT). 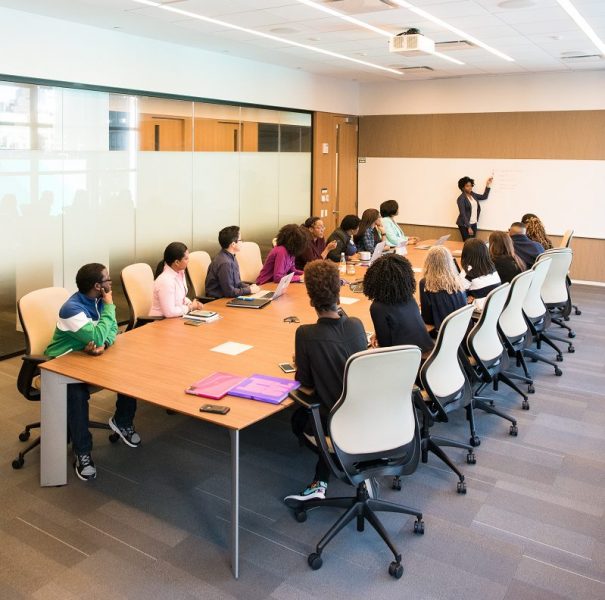 The economic impact of human capital development on revenue

When investors and traders run valuation models, the cost of human capital development is seldom considered a core metric; yet, its impact has both short- and long-term implications on business outcomes and ultimately on the performance of the stock.

According to The 2018 Training Industry Report, the total of 2018 U.S. training expenditures—including payroll and spending on external products and services was $87.6 billion. In fact, for the 127,095 companies in Dun & Bradstreet’s database, the training payroll increased nearly 13 percent to $47 billion and specifically, average training expenditures for large companies increased from $17 million in 2017 to $19.7 million in 2018.

Business managers understand that it is often easy to upsell an existing customer than to acquire a new customer. Likewise, it is often cheaper to retain an employee in a role than to hire a new employee. One of the ways to increase employee retention is to provide them with regular training that empowers them to do excellent work and take pride in their jobs. According to Center for American Progress, businesses can expect to spend an average 21.4% of an employee’s annual salary in replacement costs when the employee leave the organization.  However, in jobs requiring specialized training, employers can expect to spend as much as $30,000 in replacement cost for the role of an employee with an annual salary of $60,000.

Businesses work towards sustainable growth and expansion and while the simple laws of demand and supply for your products/services influence the growth, the quality of your human capital development plays an equally important part on the sustainability of the growth trajectory. Businesses often have the option to raise managerial/executive candidates or acquire such talents. While both options have their pros and cons, the obvious wins for having an in-house leadership development program includes stronger team cohesion, shorter team-norming time, faster ramp-on to culture fit, and long-term cheaper hiring costs. In contrast, executive positions could cost the business as much as $255,000 in replacement costs.

Presentism is one of the workplace ills behind productivity losses for businesses. Presentism can be traced to a myriad of factors including boredom, negative work habits, and job dissatisfaction. Periodic employee training programs can reduce the scourge of presentism by providing employees with the skills, training, and processes they need to do their job.

However, businesses need to think outside the box to get the best ROI is their human capital development efforts. Forcing employees to attend a talent development class might trigger another round of presentism where people only attend the sessions because it is required and not because they intend to learn. Data from LinkedIn’s 2018 Workplace Learning Report indicates that 58% of employees prefer to learn at their own pace than to be taken through a structured learning program.

Should You Buy AstraZeneca plc (AZN)?