Two Other Companies Making Big Gains In The Wake Of The Anheuser Busch Deal (Hint: One’s A Rival Brewer)

Published on September 16, 2015 at 1:07 pm by Gene Guzun in Hedge Funds,Market Movers,News

Anheuser Busch Inbev SA (ADR) (NYSE:BUD) said earlier this morning that it had approached SABMiller plc (ADR) (OTCMKTS:SBMRY) about a takeover, which could eventually create a brewing giant in the global beer market. The London-listed SABMiller said that its Board of Directors “will review and respond as appropriate to any proposal which might be made”, but clarified that no deal was certain yet and recommended its shareholders to “take no action”. AB InBey and SABMiller are the largest brewing companies in the world, so a potential combination would be subject to meticulous antitrust review. Following the announcement of this takeover approach, consumer analyst Vivien Azer, who joined Cowen’s Equity Research Department last year from Citigroup Inc (NYSE:C), believes that both Molson Coors Brewing Company (NYSE:TAP) and Altria Group Inc (NYSE:MO) are set to benefit from a potential AB InBey-SABMiller deal, and investors seem to agree. 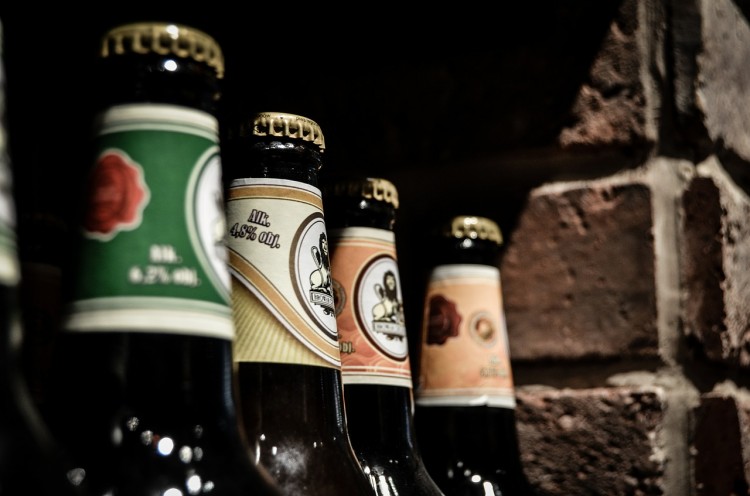 But first, you should get accustomed with what Insider Monkey can offer you. Besides offering high quality evidence-based articles to inform individual investors about the intricacies of investing, we also track hedge funds’ moves in order to identify actionable patterns and profit from them. Our research has shown that hedge funds’ large-cap stock picks historically underperformed the S&P 500 Total Return Index by an average of seven basis points per month between 1999 and 2012. On the other hand, the 15 most popular small-cap stocks among hedge funds outperformed the S&P 500 Index by an average of 95 basis points per month (read the details here). Since the official launch of our small-cap strategy in August 2012, it has performed just as predicted, returning 118% and beating the market by more than 60 percentage points. We believe the data is clear: investors will be better off by focusing on small-cap stocks utilizing hedge fund expertise (while avoiding their high fees at the same time) rather than large-cap stocks.

Going back to the possible deal, it is highly likely that U.S antitrust authorities would require the potential soon-to-be combination to divest some of its assets, according to The Wall Street Journal. AB InBey holds approximately 45% market share in the United States, while MillerCoors LLC, in which SABMiller owns an economic stake of 58%, holds roughly 25% of the market. Therefore, a potential deal would enable Molson Coors Brewing Company (NYSE:TAP), which owns the remaining 42% economic stake in MillerCoors, to acquire the aforementioned 58%. It is also worth mentioning that Molson Coors holds the right to boost its stake in MillerCoors to 50% if SABMiller is acquired. TAP shares have gained over 13% in today’s trading session, pushing them to a new all-time high.

Let’s now move on to the next beneficiary from th`e potential deal, Altria Group Inc (NYSE:MO), which currently owns 27% of the economic and voting interest of SABMiller plc (ADR) (OTCMKTS:SBMRY) and holds three board seats. As a result, the shares of Altria have gained 2.31% on the prospects of a premium bid for SABMiller. However, Vivien Azer believes that Altria’s gain from a potential deal is “highly dependent upon the deal structure (in particular in terms of the mix of ABI stock and cash, given MO’s low tax base on the stake”.