The surge in the S&P 500 on Tuesday morning was mainly driven by optimism that the new federal aid will help the economy to recover. On the other hand, the decline in Nasdaq is mainly attributed to the flat trading prices of big tech companies on the exchange. Tech giants including Apple (AAPL), Microsoft (MSFT), Amazon (AMZN), and Alphabet (GOOGL) are either trading flat or down today. As of this morning, the S&P 500 had 21 new 52-week highs and zero new 52-week low, while Nasdaq had 161 new highs and 22 new lows.

In major news stories, Boeing’s previously grounded 737 Max plane returned to American Airlines. The 737 Max is set to take off after a gap of two years. Separately. Qualtrics International has filed for an initial public offering (IPO), a couple of years after being acquired by German business software giant SAP. The expected price range of $20 to $24 would translate to a market value of 12 billion to $14.4 billion. 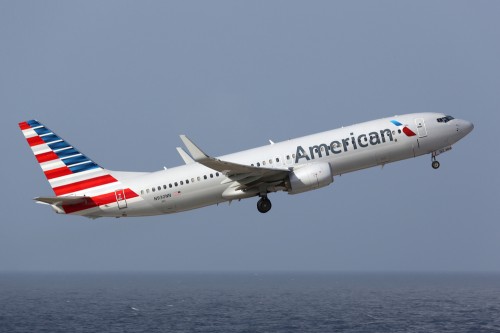 The initial rise in all three major indexes this morning was mainly fueled by President Donald Trump’s consent for a $2.3 trillion fiscal bill, which will restore unemployment benefits for millions of U.S. residents. The bill also averted government shutdowns. The Trump administration has approved the proposal to lift the Covid-19 payment checks amount from $600 to $2,000. However, the proposal may face opposition from the Republicans in the Senate later today.

In the meantime, nearly 189,000 new coronavirus cases were reported in the U.S. on Monday, while about 1,900 people lost their lives due to the virus. On the bright side, more than 2 million people across the U.S. have received the Covid-19 vaccine so far, according to the Centers for Disease Control and Prevention. However, the numbers are still well below the original target of 20 million set by the government. Health experts believe that U.S. officials may not be able to achieve the goal, as there are just a few days left in the year.

The resurgence of the virus has compelled states to put more restrictions in place. For instance, Southern California is looking forward to extending a regional lockdown order due to the increasing infection rate and new virus strains.

Meanwhile, Bitcoin (BTC) has been under the spotlight, especially over the last two months. The biggest digital currency has skyrocketed more than 270 percent so far this year. BTC is currently trading around a record price of $27,000.

Coming back to the U.S. stocks, lets have a look at the some of the notable movers of Tuesday morning.

JD.com Inc. (NASDAQ:JD) shares rose more than 3 percent today following the news that the Chinese e-commerce company is buying a 5.37 percent stake in Hong Kong-listed China Dili Group in a transaction valued at $103 million. The latest purchase will make JD the second-biggest shareholder of China Dili, which operates several agricultural produce wholesale markets across China. JD shares have performed well in 2020. Its stock value has increased nearly 140 percent on a year-to-date basis, including today’s gain.

Square Inc. (NYSE:SQ) has declined for the fourth straight day. SQ shares are down more than 5 percent in the mid-day trading Tuesday. Multiple reports surfaced last week claimed that the digital-payment company is in discussions with music mogul Jay-Z for acquiring his music-streaming service Tidal. Jay-Z bought Tidal back in 2015 for $56 million. However, the reports also mentioned that the negotiations may not end up in a successful deal.

Intel Corp. (NASDAQ:INTC) shares are trading higher on heavy volume in the mid-day trading Tuesday following multiple reports that activist hedge fund Third Point LLC is compelling the chipmaker giant to look for strategic alternatives. Third Point CEO Daniel Loeb wrote in a letter to INTC that the company should immediately do something to further strengthen its position in the PC and data centers chip market. Third Point reportedly holds a stake of nearly $1 billion in Intel.

Alibaba Group Holding Ltd. (NYSE:BABA) shares are recovering from a sharp decline it suffered last week. The drop came after Chinese regulators started investigating the e-commerce giant over alleged monopolistic practices. However, the stock is up more than 7 percent today. Meanwhile, BABA recently announced that it is increasing its stock repurchase program to $10 billion. Overall, BABA stock value has increased about 12.5 percent on a year-to-date basis.

Beyondspring Inc. (NASDAQ:BYSI) shares advanced over 9 percent this morning after Evercore ISI Group started coverage on the clinical-stage biopharmaceutical company. The research firm issued a “Buy” rating for BYSI stock with a price target of $30 per share, significantly higher than the stock’s current trading price of around $11.5 per share.

Click to continue reading and see the day’s Top 5 Biggest Gainers and Losers.

Disclosure: None. Tuesday’s Notable Market Movers in the Limelight is originally published at Insider Monkey.