Trump Inauguration Speech: The Good, Bad and the Ugly

During his inauguration speech on Friday 20th January 2017, President Trump did not hesitate to state categorically what his administration stands for with regard to security matters for the people of the United States of America and his economic development plan in the next 4 years during his first term as the US president. Throughout his short speech, President Trump reaffirmed his campaign promises, sent out messages of hope to the American people, alluded to populist sentiments as well as set stage for potentially disastrous economic wars ahead.

Markets remained mute on President Trump’s speech; but analysts projected that his first 100 days in office will be good for speculative stock traders, binary trading and for gold traders due to the expected market fluctuations as new policies are introduced and others repealed. The uncertainty surrounding his next moves which he has kept close to his heart has given a lot of investors some food for thought as they wait to see how things will play out. In the meantime, the investors will prefer to apportion some of their portfolio to safety havens while speculators and online traders reap big from the market volatility expected to ensue. 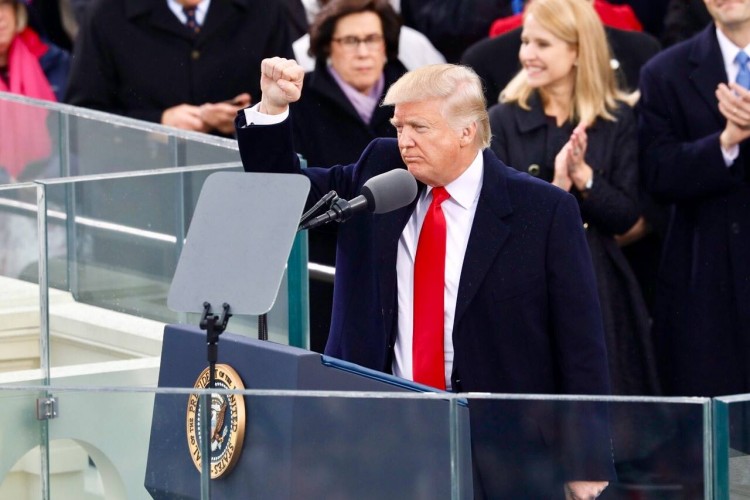 The good news was what every American would love to hear at this moment in time when the country seems to be highly divided between the red camp and the blue camp. In his speech, President Trump emphasized the need of being united as a country and forging ahead towards a brighter future with a stronger American economy and military power. Quoting the holy book the Bible, Trump emphasized that “When you open your heart to patriotism, there is no room for prejudice. The Bible tells us how good and pleasant it is when god’s people live together in unity. We must speak our minds openly, debate our disagreements honestly, but always pursue solidarity. When America is united, America is totally unstoppable.”

It was also very clear in the speech that the Trump administration has a key focus for the US citizens and its mandate will be empower them economically.  At the beginning of his speech, Trump noted that “Today’s ceremony however, has very special meaning, because today, we are not merely transferring power from one administration to another or from one party to another, but we are transferring power from Washington DC and giving it back to you, the people.” He later on referred to the same citizen empowerment sentiments by stating that “What truly matters is not what truly controls our government but whether our government is controlled by the people. January 20, 2017 will be remembered as the day the people became the rulers of this nation again. The forgotten men and women of our country will be forgotten no longer.”

To the ordinary citizens in the US, his remarks on trade and jobs creation was a welcome idea appealing to their day to day economic challenges and appearing to provide a lasting solution through putting America first by following “two simple rules, buy American and hire American.” Earlier on in his speech President Trump had firmly stated that “From this day forward, a new vision will govern our land. From this day forward, it’s going to be only America first, America first. Every decision on trade, on taxes, on immigration, on foreign affairs will be made to benefit American workers and American families.” 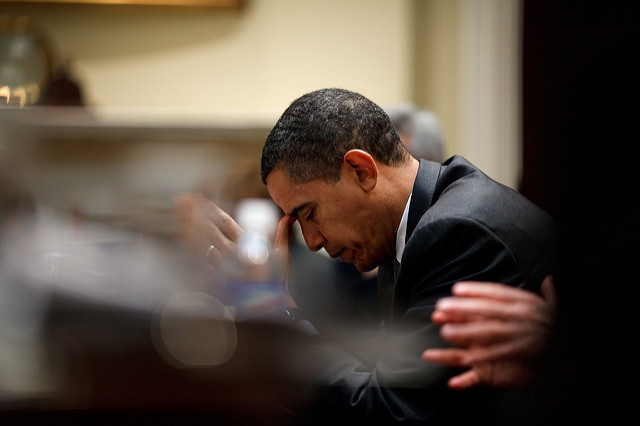 As much as the above remarks sound beautiful on the surface of them all, the underlying implication is not all that glossy. President Trump’s remarks that, “We must protect our borders from the ravages of other countries making our products, stealing our companies and destroying our jobs,” seemed to echo his firm stand on introducing high tariffs for Chinese and Mexican products coming into the US. This fuels the uncertainty surrounding his economic policy and it is expected to have a huge impact on the markets going forward as he starts to implement some of his policy changes.

Creating economic enemies will not support growth in the US as President Trump seem to imply by saying that “Protection will lead to great prosperity and strength.” Instead, by applying protectionist economics, President Trump will be setting stage for reiterations from other international trade partners and this might hurt the US economy much more than it would build it.

The ugly part of President Trump’s speech will unravel slowly in the future from what he implied when he said that “We must protect our borders from the ravages of other countries making our products, stealing our companies and destroying our jobs.” The implication here is that by going the “buy American and hire American” route, more jobs will be created for the US citizens in the US and that American businesses will flourish when locals buy their products and shun cheaper products imported into the country.

What is wrong with the above assumption is that President Trump assumes that the US with its 300 million people is self-sufficient as an economy and it does not need external trade partners to prosper. Contrary to that flawed notion, as on open economy, the US will find it difficult to survive on its own economically; and partner countries may refrain from collaborating with the US even on other geopolitical spheres. This will lead to isolation of the US from the global economy and eventually it will lose its position as the global super power that it is today.