TriNet Group Inc (NYSE:TNET) reported its financial results for the second quarter after the bell on Monday. The stock had dropped a whopping 40% in the after hours following a disappointing second quarter results, as the company had missed the Street’s expectation on both earnings and revenues. Moreover, the stock extended its loss on Tuesday, falling by 33% in intraday trading. Human resource service provider had posted an adjusted earnings of $0.14 per share for the quarter, whereas the Street was expecting around $0.27 EPS.

TriNet Group Inc (NYSE:TNET) posted a net service revenue of $122.01 million for the quarter, $15.54 million lower than the Street’s expectation. During the same period in 2014, the company reported an adjusted earnings of $0.24 per share with 2% higher revenues. The company cited the unexpectedly large medical claims to be the main reason behind year-over-year decrease in revenue. Key second quarter results for the company include 22% year-over-year increase in total revenues to $640 million as its total WSE’s increased by 17% year-over-year to 302,000. TriNet’s adjusted EBITDA for the second quarter stood at $24.7 million, 37% lower from the same period in 2014.

“While our growth momentum remains robust, our results were impacted this quarter by a higher than expected number of large medical claims. We were disappointed that these claims were well in excess of our expected claims volatility. We continue to analyze this part of our business and consider options for addressing variability in medical and the predictability of its contribution to Net Service Revenues and profitability,” President and CEO at TriNet, Burton Goldfield was quoted as saying in a company statement.

Year to date the stock had lost around 50% of its value, including the after hours drop on Monday. What did hedge funds think about this stock? Is it a Buy at the moment? 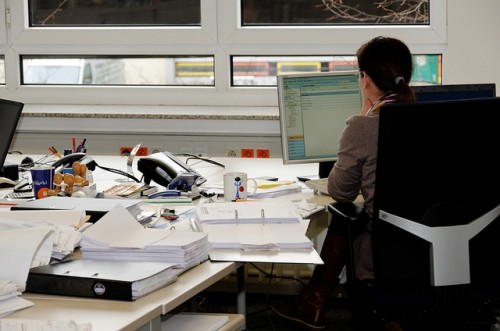 But before that why do we track hedge fund activities on the stock and what do we gain from this stat? We pay attention to hedge funds’ moves because our research has shown that hedge funds are extremely talented at picking stocks on the long side of their portfolios. It is true that hedge fund investors have been underperforming the market in recent years. However, this was mainly because hedge funds’ short stock picks lost a ton of money during the bull market that started in March 2009. Hedge fund investors also paid an arm and a leg for the services that they received. We have been tracking the performance of hedge funds’ 15 most popular stock picks in real time since the end of August 2012. These stocks have returned 123% since then and outperformed the S&P 500 ETF (SPY) by around 66 percentage points (see more details here). That’s why we believe it is important to pay attention to hedge fund sentiment; we also don’t like paying huge fees.

Likewise, other research (not our own) has shown insider purchases are also effective piggybacking methods for investors that lead to greater returns. That’s why we believe investors should pay attention to what hedge funds and insiders are buying and keep them apprised of this information. Looking at TriNet Group Inc (NYSE:TNET), there have been several important sales among the company’s insiders. Notably, CEO, Burton Goldfield sold around 144,000 shares and Chief Financial Officer, William Porter disposed of 75,000 shares in multiple transactions during the first half of this year. There were other insider sales too during the first half 2015.

At the end of first quarter, a total of 22 of the hedge funds tracked by Insider Monkey were holding long positions in TriNet Group Inc (NYSE:TNET) with a total investment of $313.5 million, a 35% increase over the quarter. Considering the fact that TriNet Group Inc (NYSE:TNET) stock had appreciated just 12% of its value during the first three months, we can say that the hedge funds opted to pour more money into the stock during the first trimester. However, since the end of March, the stock lost around 50%. Let’s take a closer look at hedge fund activity surrounding TriNet Group.