Steve Newman, chief executive of Transocean, praised shareholders for their ‘thoughtful approach’ and welcomed their decision to oust the former chairman. Newman stated this while giving a telephonic interview after the annual meeting of Transocean LTD (NYSE:RIG) in Zug, Switzerland.

He also added that the shareholders voted in favor of a candidate recommended by Icahn for board of directors. The company’s board will also make changes in assignments for incorporating the new member in Transocean LTD (NYSE:RIG), he said.

Experts view the ousting of Mr Talbert as an indication of shareholders’ frustration with the sluggish performance of Transocean.  The activist investor Icahn, who had earlier revealed his stake in Transocean LTD (NYSE:RIG), the world’s largest offshore oil and gas driller, said the company’s poor investment decisions had caused heavy losses to the shareholders in last five years.

However, many experts also blame the 2010 Deepwater Horizon accident for the company’s poor performance. The accident had killed 11 people and caused a costly oil spill in US waters following an explosion in a deepwater rig. 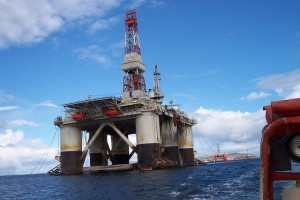 cahn also cited other causes of losses, including the over-issuance of debt and equity, and overspending on a purchase of Global Santa Fe in 2007, though this made Transocean LTD (NYSE:RIG) the largest offshore driller on the planet at the time.

In today’s monthly fleet update summary, Transocean LTD (NYSE:RIG) revealed new contracts and changes in existing agreements and plans. The total value of all new and extended contracts in the report amounts to $662 million.

The report also reflects that Deepwater Millennium was awarded a two-year contract for work offshore Australia at a day rate of $605,000, whereas a 117-day extension was given as out-of-service time, with 89 days for shipyard acceleration as well as for contract preparation. A one-year contract extension has been provided by Transocean John Shaw for work in the U.K. sector of the North Sea at a day rate of $415,000.