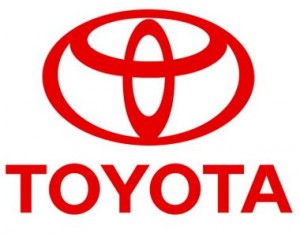 With inflation falling, gold is certainly not the place to put your money — instead, put it in international companies that sell to the U.S.

That’s because the markets selling to the U.S. will be eager to do business with a flourishing consumer market that is apparently enduring periods of low inflation.

Japanese automaker Toyota Motor Corporation (ADR) (NYSE:TM) could be one of those companies that increases sales in the U.S. While the company’s revenue has decreased slightly since the recession, and there have been numerous problems with its vehicles, the firm has found some stability in the last three years.

In 2009, it lost about $436 billion, but profits in 2012 were $283 billion. The years ahead could be bullish if inflation continues to decrease. As the American dollar strengthens, Toyota Motor Corporation (ADR) (NYSE:TM) is set to increase earnings from the U.S. when it converts its American earnings to Japanese yen.

Additionally, Toyota Motor Corporation (ADR) (NYSE:TM) is selling more vehicles than it did prior to the recession. In 2007, the company sold more than 185,000 vehicles, and sold 206,404 last year. With the American dollar improving, vehicle sales in the U.S. could take off substantially.

Finnish company Nokia Corporation (ADR) (NYSE:NOK) could also look to up its stake in America, and profit from the increased value of the greenback. The company operates mobile devices and services and sells them in the U.S. While Apple Inc. (NASDAQ:AAPL) has taken out much of its competition, Nokia Corporation (ADR) (NYSE:NOK) is still making major moves, such as acquiring Earthmine in 2012.

Nokia Corporation (ADR) (NYSE:NOK) is a risky play, as it has been operating in the red since 2011, but the price makes purchasing the stock tempting. Shares are hovering around the $3 mark, yet before being annihilated by much of the competition, the company was trading around $40. Decreasing inflation could be just what this company needs to move back in black, and the acquisitions are signs that this company is on the right track.

Nokia Corporation (ADR) (NYSE:NOK) was once considered the number one company in the cellphone- manufacturing business, and as it works to establish itself again, the company recently released the Nokia Asha 210. The phone supports Wi-Fi and the new keyboard design could spark the interests of cellphone users. This move shows that Nokia Corporation (ADR) (NYSE:NOK) is ready to compete and it could be just a matter of time before the company is thriving again.

The price of gold has taken a serious hit over the last couple weeks, even falling by about 13% in a two-day span. That represents the largest two-day drop since 1980. So what in the world is happening to gold?