Perhaps no other proposed pipeline in the history of North America has attracted the kind of opposition that the northern portion of Keystone XL has. 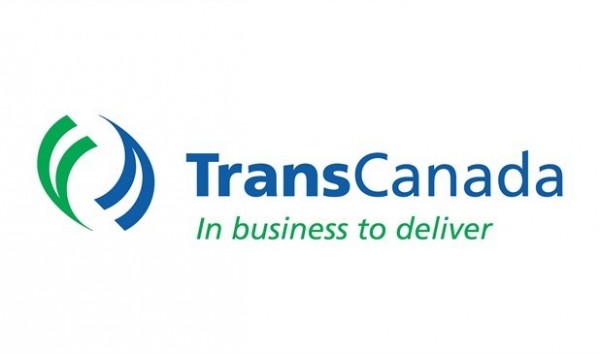 Environmentalists and climate change campaigners are staunchly opposed to its construction, arguing that it would lead to increased activity in Canada’s oil sands and, therefore, dangerously high levels of greenhouse gas emissions.

On the other hand, a recent study by the U.S. State Department highlighted Keystone’s potential benefits to the U.S. economy and concluded that its impact on the environment probably wouldn’t be as bad as these groups claim, though it did acknowledge that oil sands production is more harmful for the environment than conventional methods.

Which side’s got it right? Would Keystone’s economic benefits outweigh its potential effects on the environment? And would rejecting the pipeline really do anything to slow down development in Canada’s oil sands?

Keystone’s economic impact
According to the State Department report, the economic impact of TransCanada Corporation (USA) (NYSE:TRP)‘s Keystone XL pipeline would be most significant during its two-year construction phase, when it is expected to create tens of thousands of jobs. But there’s a catch. Once the pipeline is constructed, the vast majority of those jobs would evaporate, leaving behind just a minuscule number of permanent staff.

The study says that Keystone “would potentially support approximately 42,100 average annual jobs across the United States over a 1- to 2-year construction period (of which, approximately 3,900 would be directly employed in construction activities).”

But once completed, Keystone’s operation “would generate 35 permanent and 15 temporary jobs, primarily for routine inspections, maintenance, and repairs.” Hence, the pipeline would have “negligible socioeconomic impacts” after it gets built.

Keystone’s environmental impact
As for its environmental impact, the report reckons that Keystone will spew about 3.2 million metric tons of carbon dioxide annually into the atmosphere. To offset this projected increase in annual carbon emissions, 626,000 cars would have to be taken off U.S. roads, according to the study.

This is indeed worrisome. Global greenhouse gas concentrations are already at their highest level in nearly a million years. And they’re quickly approaching a dangerous 400 parts per million, up more than 40% from the 280 parts per million concentrations seen before the Industrial Revolution. Environmentalists and climate change campaigners argue that further development in Canada’s oil sands could be just the catalyst to push these concentrations to more dangerous and potentially irreversible levels.

As the State Department study suggested, rejecting the pipeline probably wouldn’t lead to a meaningful reduction in the pace of oil sands development and it certainly wouldn’t reduce the demand for heavy crude oil at U.S. refineries. Refiners have already found ways to bypass infrastructure constraints by turning to alternative shipment methods like rail and barge.

For instance, Tesoro Corporation (NYSE:TSO) is looking into shipping oil sands crude via barge to the U.S. Pacific Northwest, from where it would then use rail to transport the oil to its refineries in California. Similarly, Valero Energy Corporation (NYSE:VLO) recently announced its plans to use barge to deliver oil sands crude to its St. Charles refinery in Louisiana. And Phillips 66 (NYSE:PSX) recently said that its refineries in California are now accepting Canadian crude delivered via rail.

While these methods probably can’t be sustained for too long if Canadian oil sands production ramps up further, they illustrate U.S. refiners’ thirst for heavy crude oil and their resilience in finding new ways to secure it.

To build or not to build
While the State Department report’s conclusions raise the probability that the Obama administration will authorize the controversial pipeline, environmentalist opposition remains a major and growing challenge. Groups like Bill McKibben’s 350.org continue to gain momentum in rallying support against Keystone, whose construction, they suggest, would contribute to a higher global temperature.

But if the State Department study is correct in its assertion that rejecting Keystone would not have a meaningful impact on drilling activity in Alberta’s oil sands and, hence, on the level of greenhouse gas emissions, then does it really make sense to deny a pipeline that would bring hundreds of thousands of barrels of oil per day to our refiners and help us reduce our dependence on foreign imports of heavy crude oil?

Look, I’m not denying that climate change is real; the freak weather events of the past few years have been enough to convince me. I also agree with climate change campaigners that raising the Earth’s temperature by more than two degrees Celsius would likely have disastrous consequences.

But the bottom line is that the world needs oil and Canada has tons of it. If Keystone gets rejected, oil sands operators would probably just expand their use of rail and barge to ship oil to the U.S. and/or find entirely new markets for their product.

So is it really in the United States’ best interest to forgo the economic benefits (admittedly temporary) and greater energy security (also admittedly short-term) that Keystone XL would provide? What do you think?

The article To Build or Not to Build Keystone XL Pipeline originally appeared on Fool.com and is written by Arjun Sreekumar.