Jacob Doft, co-founder of Highline Capital Management, recommended that investors go long on Royal Caribbean Cruises Ltd (NYSE:RCL), Carnival Corp (NYSE:CCL), and Norwegian Cruise Line Holdings Ltd (NASDAQ:NCLH) during a presentation at the Sohn Canada Investment Conference 2015. In his presentation, Doft identified four main motivations for his recommendation. As we will see, however, the over 700 hedge funds Insider Monkey tracks did not think one of these three stocks was a good investment in the second quarter. Let’s find out which stock hedge funds avoided. 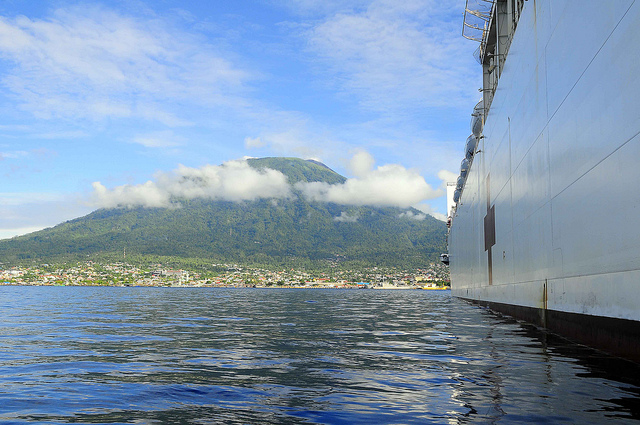 We follow hedge funds because our research has shown that their stock picks historically managed to generate alpha even though the filings are up to 45-days delayed. We used a 60-day delay in our backtests to be on the safe side and our research showed that the 15 most popular small-cap stocks among hedge funds outperformed the S&P 500 Total Return Index by an average of 95 basis points per month between 1999 and 2012. After adjusting for risk, our calculations revealed that these stocks’ monthly alpha was 80 basis points. We have also been sharing and tracking the performance of these stocks since the end of August 2012, during which time they have returned 118%, outperforming the S&P 500 ETF by over 60 percentage points (see more details here).

According to Doft, one reason why he thinks Royal Caribbean Cruises Ltd (NYSE:RCL), Carnival Corp (NYSE:CCL) and Norwegian Cruise Line Holdings Ltd (NASDAQ:NCLH) are good long bets at the moment, with potential 50% upside, is that sentiment from the low-end consumer is rising. This is evidenced by leaders of retailers, such as Wal-Mart Stores, Inc. (NYSE:WMT)’s CEO, expressing optimism. Furthermore, oil prices and unemployment are falling, Doft said, which means low-end consumers have more money to spend. This is important, as cruise lines offer travel at a considerably lower $200 per day than flying and hotels, at about $450 per day. Doft also said that more travel from China may positively impact Royal Caribbean, Carnival, and Norwegian Cruise Line. He said that the Chinese government is endorsing cruise ship travel and tourists from China can go to Japan, Korea, or Taiwan through ships. Port infrastructure can accommodate seven million people, he said, and relaxed visa restrictions are expected to boost cruise ship travel in the future. In particular, Carnival and Royal Caribbean have nine ships in China with 4,150 added capacity this year.

The Highline Capital co-founder also noted that there is improvement in the rest of the world, with four ship builders completing about five ships every year from 2010 to 2015. About half of all completed ships go to China every year. From this year through 2020, three out of every five completed ships will go to China. This will cause demand outside of China to rise, he added, bringing about an increase in cruise ship travel. Moreover, Doft said that cruise ships, which already go around Cuba, are a good way for Americans to visit the country.