A full fledged Apple Inc. (NASDAQ:AAPL) TV has been in the rumor mill for quite some time, and famed tech analyst Gene Munster is calling for one in the back half of 2013 (see Apple TV to be delayed), but it’s encouraging to hear about the device from the company’s CEO.

In an interview with NBC’s Rock Center that will air in full tonight, Apple’s chief executive Tim Cook discusses a variety of topics, among the television. On the subject, Cook is a bit cryptic, but mentions that:

“When I go into my living room and turn on the TV, I feel like I have gone backwards in time by 20 to 30 years […] It’s an area of intense interest. I can’t say more than that.”

While Cupertino fanboys are likely craving more details about the device, it’s worth mentioning that Gene Munster is expecting a November 2013 release, at product points between $1,500-$2,000 and a size range from 42-inches to 55-inches. If Apple Inc. (NASDAQ:AAPL) does indeed make an effort to upgrade consumers’ living rooms, it will mean an even bigger 2013 for the tech giant than most investors already expect, as the iPhone 5S, and updates to the iPad, iPad Mini, and iOS look to be on tap.

Cook’s comments come a little over a year after an article by the Washington Post discussed the possibility of an Apple Inc. (NASDAQ:AAPL) TV, mentioning that Walter Isaacson’s authorized biography Steve Jobs had a few interesting things to say on the subject. In the biography, Isaacson wrote that Steve Jobs “very much wanted to do for television sets what he had done for computers, music players, and phones: make them simple and elegant,” adding that Jobs said:

“I’d like to create an integrated television set that is completely easy to use […] It would be seamlessly synced with all of your devices and with iCloud […] It will have the simplest user interface you could imagine. I finally cracked it.”

Are Apple users set to see this new technology by next Christmas? Better yet, does a potential entry into the television arena make shares of AAPL stock a better buy? Let us know all of your thoughts on Apple Inc. (NASDAQ:AAPL) in the comments section below. 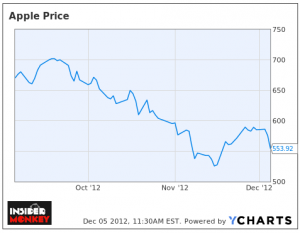 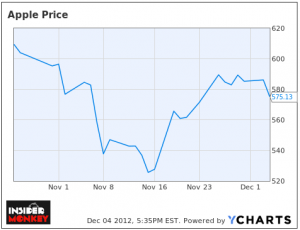 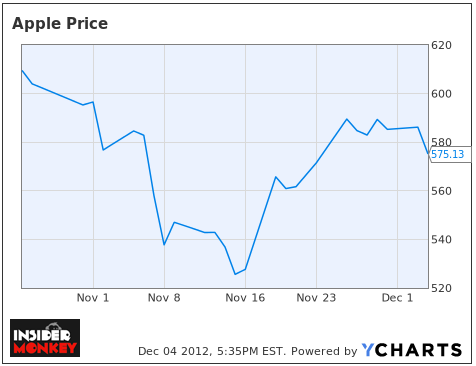