As I noted 12 weeks ago, cancer statistics are both staggering and disappointing. Although cancer deaths per 100,000 people have been on the downswing since 1991 thanks to access to more effective medications and better awareness about the negative health effects of smoking, there is still a lot of research and progress yet to achieve. My focus in this 12-week series is to bring to light both the need for continued research in these fields, as well as highlight ways you can profit from the biggest current and upcoming players in each area.

Over the past 11 weeks, we’ve looked at the 11 cancer types most expected to be diagnosed this year:

The skinny on pancreatic cancer
Last, but certainly not least, in this final installment of “Tackling Cancer” is pancreatic cancer, which just might be the most virulent of all the cancer’s we’ve discussed. Although it will be diagnosed in “only” 45,220 people this year, pancreatic cancer is forecast to claim the life of 38,460 people, making it the fourth most-deadly cancer for both men and women. Although there are two types of pancreatic cancer — that of the exocrine glands (those that make digestive enzymes) and endocrine glands (the glands that produce hormones like insulin) — exocrine tumors make up about 95% of all diagnoses.

The troubling aspect of pancreatic cancer is that there are no diagnostic tools beyond CTs and MRIs that help screen for this type of cancer. Researchers have determined that obesity, smoking, and genetic mutations (such as testing positive for the BRCA2 gene) are three factors that can, without question, increase your risk of getting pancreatic cancer. Another factor is simply getting older as age increases the likelihood of getting this disease. The disease has also been shown to afflict men more often than women and appears to be more prominent in persons of African-American descent according to the American Cancer Society (link opens PDF file).

Without any reasonable diagnostic tests available, only 20% to 25% of all pancreatic cancer is caught in the localized stage. Even then — when surgery is still an option — the five-year survival rate is a meager 23%. As you can see from the staging of the disease, the treatment options need to get better because these five-year survival rates aren’t the least bit encouraging: Where investment dollars are headed
Surgery is the only outcome that offers any sort of curative option for pancreatic cancer patients — although, as I mentioned, only 20%-25% of patients even fall into the eligible category. For the remaining patients, a combination of chemotherapy, radiation, or targeted therapy is often used to combat this difficult to treat disease. Here are some of the most commonly used therapies:

– Sutent: The FDA approved Pfizer Inc. (NYSE:PFE)‘s oral capsule Sutent in 2011 to treat advanced pancreatic neuroendocrine, or pNET, tumors. In trials, Sutent delivered progression-free survival of 10.2 months, which was nearly double that of the placebo at 5.4 months, although no complete responses were observed. This is just one of three diseases Sutent is approved to treat. 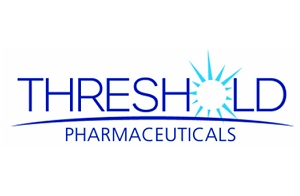 Does Pfizer Inc. (PFE)’s Unwinding of Its Stake in Zoetis Inc (ZTS) Offer...