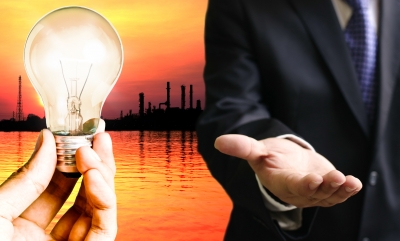 There has been a considerable amount of discussion in recent years about using green energy, also known as renewable energy as opposed to the common energy sources that are frequently used today. Green energy allows businesses and individual households to get the power that they need from renewable resources, such as wind, sunlight and geothermal heat. Worldwide, renewable energy accounts for approximately 16% of all of the energy that is consumed so obviously, there is much room for improvement. What are some of the more common forms of green energy and how can these benefit your business?

One of the most common types of renewable energy comes from sunlight. This is used on a large scale, as well as on an individual basis. When most people think about solar energy, they think about the photovolactic cells that convert sunlight into an active form of energy that can be used to power our homes and businesses. If you are considering using this type of energy, you need to keep in mind the price of the equipment and the amount of time that it is going to take for you to begin saving money. It is also possible for you to use solar power on a limited scale or to have it at your disposal, if the local power grid should happen to fail. Solar power can also be used to heat water, which can also lead to a substantial financial savings.

Many other types of green energy resources are going to work in a similar manner. For example, energy that is produced from the wind, water or geothermal heat will run turbines which will generate the energy that is used. The type of renewable energy that is used in this instance may differ from one location to another. If you have access to geothermal heat, for example, you would be able to utilize that at a much lower cost than some of the other renewable energy resources that may be limited in your area.

It is interesting to note, the use of wind to generate energy is increasing in many areas. Although its use may be limited in some areas of the world, it is increasing at an average of 20% annually in other areas, such as in Asia, Europe and the United States. Although it is still lagging behind solar power as the leading resource of green energy throughout the world, it is still producing approximately 238,000 MW annually.

It is going to benefit your business if you take advantage of green energy and utilize the resource that is best available from your area. There are also many other things that you can do to decrease your carbon footprint, even without the use of renewable energy. These include adjusting your temperature by a few degrees, keeping the outdoor lighting turned off in the daytime and adjusting the temperature of your hot water heater. By taking little steps and adjusting your energy usage, you will find that you are benefiting financially and helping the environment at the same time.

VestaTrader is a social trading platform where users can learn daily trading cues from each other, VestaTrader and other trading experts.

From The VestaTrader Blog, post Thoughts On Green Energy…