This Metric Says You Are Smart to Buy TransDigm Group Incorporated (NYSE:TDG)

In the eyes of most stock holders, hedge funds are viewed as underperforming, old investment vehicles of the past. While there are over 8000 funds in operation at the moment, we hone in on the crème de la crème of this group, about 450 funds. Most estimates calculate that this group has its hands on most of the smart money’s total capital, and by paying attention to their top equity investments, we have uncovered a few investment strategies that have historically outperformed the S&P 500 index. Our small-cap hedge fund strategy outperformed the S&P 500 index by 18 percentage points annually for a decade in our back tests, and since we’ve started sharing our picks with our subscribers at the end of August 2012, we have beaten the S&P 500 index by 25 percentage points in 6.5 month (see all of our picks from August).

Just as important, positive insider trading sentiment is a second way to break down the investments you’re interested in. Just as you’d expect, there are many stimuli for an insider to get rid of shares of his or her company, but only one, very simple reason why they would buy. Several academic studies have demonstrated the useful potential of this method if “monkeys” understand where to look (learn more here).

With these “truths” under our belt, we’re going to take a look at the latest action regarding TransDigm Group Incorporated (NYSE:TDG).

At year’s end, a total of 31 of the hedge funds we track held long positions in this stock, a change of 29% from the previous quarter. With the smart money’s positions undergoing their usual ebb and flow, there exists a select group of noteworthy hedge fund managers who were increasing their holdings meaningfully.

When looking at the hedgies we track, Lone Pine Capital, managed by Stephen Mandel, holds the largest position in TransDigm Group Incorporated (NYSE:TDG). Lone Pine Capital has a $397 million billion position in the stock, comprising 2.5% of its 13F portfolio. On Lone Pine Capital’s heels is Alan Fournier of Pennant Capital Management, with a $300 million position; the fund has 6.3% of its 13F portfolio invested in the stock. Remaining hedge funds with similar optimism include Lee Ainslie’s Maverick Capital, Bain Capital’s Brookside Capital and Robert Joseph Caruso’s Select Equity Group.

Now, key hedge funds were breaking ground themselves. Point State Capital, managed by Sean Cullinan, created the most valuable position in TransDigm Group Incorporated (NYSE:TDG). Point State Capital had 28 million invested in the company at the end of the quarter. Dan Loeb’s Third Point also made a $20 million investment in the stock during the quarter. The other funds with brand new TDG positions are Jim Simons’s Renaissance Technologies, Andreas Halvorsen’s Viking Global, and Wallace Weitz’s Wallace R. Weitz & Co..

Insider buying is at its handiest when the company in focus has seen transactions within the past six months. Over the latest 180-day time frame, TransDigm Group Incorporated (NYSE:TDG) has experienced 1 unique insiders buying, and 7 insider sales (see the details of insider trades here).

With the results shown by the aforementioned research, everyday investors should always monitor hedge fund and insider trading activity, and TransDigm Group Incorporated (NYSE:TDG) applies perfectly to this mantra. 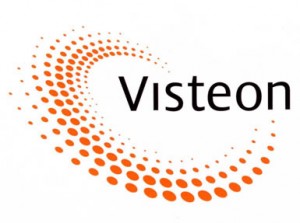