This Metric Says You Are Smart to Buy Regis Corporation (RGS)

What’s a smart Regis Corporation (NYSE:RGS) investor to do?

Now, according to many investors, hedge funds are perceived as bloated, outdated investment tools of a period lost to current times. Although there are over 8,000 hedge funds trading currently, Insider Monkey looks at the leaders of this club, about 525 funds. It is widely held that this group oversees the lion’s share of the hedge fund industry’s total assets, and by keeping an eye on their best picks, we’ve unearthed a few investment strategies that have historically beaten the broader indices. Our small-cap hedge fund strategy beat the S&P 500 index by 18 percentage points a year for a decade in our back tests, and since we’ve began to sharing our picks with our subscribers at the end of August 2012, we have beaten the S&P 500 index by 33 percentage points in 11 months (find the details here).

Equally as key, positive insider trading activity is a second way to look at the financial markets. Obviously, there are plenty of motivations for a bullish insider to get rid of shares of his or her company, but just one, very clear reason why they would behave bullishly. Various empirical studies have demonstrated the useful potential of this tactic if shareholders understand what to do (learn more here).

In preparation for the third quarter, a total of 15 of the hedge funds we track were long in this stock, a change of 25% from the previous quarter. With the smart money’s positions undergoing their usual ebb and flow, there exists an “upper tier” of key hedge fund managers who were increasing their stakes substantially. 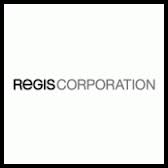 When using filings from the hedgies we track, Starboard Value LP, managed by Jeffrey Smith, holds the largest position in Regis Corporation (NYSE:RGS). Starboard Value LP has a $15.9 million position in the stock, comprising 1.1% of its 13F portfolio. The second largest stake is held by Royal Capital, managed by Yale M. Fergang and Robert W. Medway, which held a $12.2 million position; the fund has 4.2% of its 13F portfolio invested in the stock. Other hedge funds that hold long positions include Chuck Royce’s Royce & Associates, D. E. Shaw’s D E Shaw and Robert Rodriguez and Steven Romick’s First Pacific Advisors LLC.

Insider buying is best served when the primary stock in question has seen transactions within the past 180 days. Over the latest six-month time period, Regis Corporation (NYSE:RGS) has seen zero unique insiders buying, and zero insider sales (see the details of insider trades here).

We’ll also take a look at the relationship between both of these indicators in other stocks similar to Regis Corporation (NYSE:RGS). These stocks are VCA Antech Inc (NASDAQ:WOOF), eLong, Inc. (ADR) (NASDAQ:LONG), Steiner Leisure Ltd (NASDAQ:STNR), Stewart Enterprises, Inc. (NASDAQ:STEI), and G&K Services Inc (NASDAQ:GK). This group of stocks are the members of the personal services industry and their market caps match RGS’s market cap. 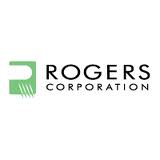