Published on June 8, 2016 at 9:12 am by Sure Dividend in Dividend Stocks, News, Stock Analysis

The retail industry is notoriously finicky. What was popular last year likely won’t be trendy this year.

But all retailers are not created equally… Target Corporation (NYSE:TGT) has raised its dividend payments for 44 consecutive years (with a 45th on the way). The company’s strength makes it a safer investment than nearly any other retailer.

This analysis shows why an investment in Target today has expected total returns greater than 9% per year. It also shows why Target is a top 25 high quality dividend stock using The 8 Rules of Dividend Investing.

Let’s first take a look at how hedge funds have been investing in Target. Among the funds tracked by Insider Monkey, 34 reported being long Target as of March 31, with holdings valued at $1.10 billion in aggregate. Those figures were down from 38 funds holding $1.29 billion worth of shares on December 31. The 34 funds with Target positions at the end of March held a mere 2.20% of the company’s outstanding stock. Billionaires Cliff Asness and Jim Simons are among the investors with large positions in Target as of March 31.

The retail industry may not be as bad as rapidly changing technological innovation, but there’s definitely a curve that retailers have to try to outpace. Which is why you’re seeing more and more “big box” stores put bananas next to t-shirts. The grocery business has lower margins (strong competition), but it’s a lot more predictable.

Whether it’s adding food to your stores, staying ahead of fashion trends, getting the advertising mix right or offering ever lower prices – retail has long been a tough business with a small margin for error. A lot of retailers have died off, while a few others have managed to adapt for quite some time now.

The company I’d like to talk about today is Target Corporation (NYSE:TGT), which is now operating in its 54th year. There are two basic characteristics that stand out to me. First, you have the company’s cool, funky style. Target naturally competes on price with its much larger competitor Wal-Mart Stores, Inc. (NYSE:WMT) – that’s just the nature of the business. What has been impressive, in my view, is that Target has offered similar (even better on occasion) prices while providing a cleaner and more enjoyable shopping experience.

And you don’t have to take my word for it, Target thinks so too: 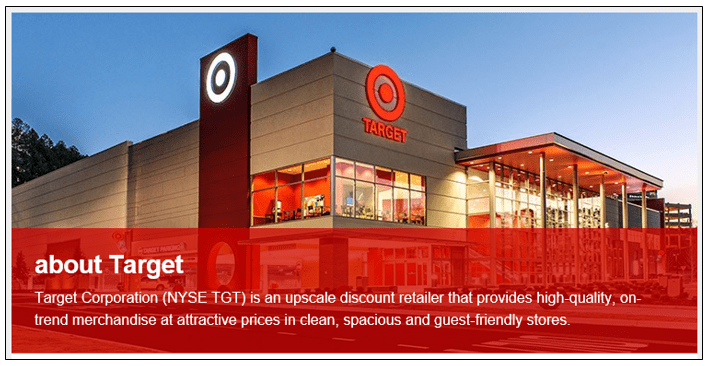 The second thing that sticks out has been the operating history. From 2006 through 2015 Target never earned less than $2 billion annually. Even during the throes of the Great Recession, Target was continuing to reward shareholders.

Target has now paid 195 consecutive dividends, having increased this cash component for 44 straight years. Think about that…

Had you owned shares at any point in the last four and a half decades, the very next year and any subsequent you would have received a raise. And investors could very well expect a 45th straight annual dividend increase shortly.

The image above shows Target’s dividend growth over the last ~30 years.  You can see the sizeable dividend raises shareholders have received in recent years.