This ETF Could Be The Real Monetary Easing Play

While the market seemed generally unimpressed by the Federal Reserve’s pledge to hold interest rates down until the U.S. unemployment rate drops below 6.5 percent, the usual suspects among ETFs performed as expected Wednesday.

There is another near-term option for traders looking to take advantage of monetary easing and it arguably has nothing to do with the Fed. Emphasis on “near-term,” but it is worth noting the ProShares UltraShort Yen (NYSEARCA:YCS) surged 1.5 percent on volume that was better than triple the daily average on Wednesday.

In the process, the ProShares UltraShort Yen broke through resistance in the $46 area to close at $46.72. That is the highest closing print for YCS since April.

The utility of YCS, which in the words of its issuer “seeks daily investment results, before fees and expenses, that correspond to two times the inverse (-2x) of the daily performance of the U.S. Dollar price of the yen,” is clear.

Japan, the world’s third-largest economy, is scheduled to hold elections on Sunday December 16. Given recent price action in YCS, it would appear forex traders are pricing in victory for Shinzo Abe in his quest to become prime minister again and for Abe’s Liberal Democratic Party.

Should Abe emerge victorious, the yen will likely plummet because Abe has been vocal in his desire to weaken his country’s currency. In fact, Abe is a dream come true for quantitative easing addicts because he has called on the Bank of Japan to engage in unlimited easing.

Recent polls suggest Abe will win and that Japan’s ruling Democratic party will suffer significant losses. That is good news for YCS.

Second, the yen has a penchant for short-term declines when the Bank of Japan intervenes in the currency market or when rhetoric, such as Abe’s, is favorable. However, the Japanese currency has been strong in recent years. YCS has a plain vanilla counterpart, the CurrencyShares Japanese Yen Trust (NYSEARCA:FXY). FXY’s daily chart is a train wreck, but over the life of that ETF, it has surged 40.5 percent.

Perhaps Abe will be able to affect real downside for the yen, but until that becomes clear, treat YCS as a trade because the near-term forecast is sunny. Worry about the long-term outlook another day.

Jim Rogers: There’s Too Much Speculation In Gold 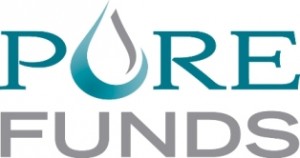 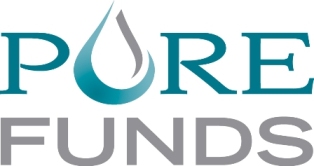