This Board Member Is Going More Organic

Richard Berke, a Board member at The Hain Celestial Group, Inc. (NASDAQ:HAIN) has filed with the SEC to disclose that on September 19th he bought 1,000 shares of the company’s stock at an average price of $68.02. Berke now owns 18,500 shares of Hain, which manufactures and distributes organic and natural foods; its brands include Earth’s Best and Celestial Seasonings. The stock has declined slightly since his recent purchase of shares- it currently sits around $65- so investors have the opportunity to buy the stock at a cheaper price than an insider did. Insider purchases are important to note because on a statistical basis they tend to be bullish signals (learn more about studies on insider purchases and sales). We think that this is because insiders already have an economic connection to the company and so will generally prefer to diversify- unless they truly believe that it has particularly good prospects.

The Hain Celestial Group, Inc. has some characteristics of a stable, defensive stock; for example, its beta is only 0.4. However, its natural and organic focus gives it a substantial growth upside and the stock price has more than doubled over the last year. In its fiscal year ending June 2012, the company reported a 24% increase in net sales led by an acquisition that pushed UK revenues higher. Hain did see revenue growth in its other markets, including a 9% increase in the U.S. Thanks to stronger top-line performance, net income rose by 44% and earnings per share were up 40%.

The market expects strong growth from Hain, and with the run-up in the stock price over the past year to a market capitalization of $2.9 billion the stock trades at 38 times trailing earnings. This fiscal year ends in June 2013, and with analyst consensus for the year coming in at $2.43 per share the P/E multiple based on the current year earnings is 27. We acknowledge that the natural/organic food trend has a good deal of growth potential, but this valuation may have gotten too high.

Billionaire Carl Icahn likes The Hain Celestial Group, Inc.: it is one of his ten largest holdings, with 7.1 million shares at the end of June. See more stocks that billionaire Carl Icahn owns. Coatue Management initiated a position of about 820,000 shares of the stock during the second quarter. Coatue was founded in 1999 by Tiger Cub Philippe Laffont (find more stock picks from Philippe Laffont).

Given Hain’s business, we think the best strategy for comparing it to its peers is to select two packaged goods companies and two organic/natural food related companies. In the first category, we would look at General Mills, Inc. (NYSE:GIS) and Kraft Foods Inc (NASDAQ:KFT). In the second, we would look at Whole Foods Market, Inc. (NASDAQ:WFM) and Annie’s, Inc. (NYSE:BNNY). General Mills and Kraft, as manufacturers without the organic and natural cache to drive growth in much of their product lines, trade at considerably lower multiples than Hain does. General Mills’s trailing P/E is 16 while Kraft’s is 21, with modest expected growth at each bringing forward multiples slightly lower. These more mature companies also offer dividend yields of around 3% to investors. Whole Foods trades at somewhat higher multiples than Hain: its trailing and forward P/Es are 43 and 34, respectively. It also saw slightly lower growth last quarter compared to a year ago than the manufacturer, as income rose 32% (of course, some of Hain’s growth had been driven by acquisitions). Annie’s, a recent IPO, is even higher priced with its forward earnings multiple coming in at 45 and even the five-year PEG ratio being 2.5. Its revenue and earnings growth in its most recent quarter compared to the same period in 2011 were both about 20%. We can actually see Hain as lower-priced than comparable organic and natural food related companies, though we are still skeptical of its premium relative to General Mills and Kraft.

Can Hewlett-Packard Compete with Apple and Google? 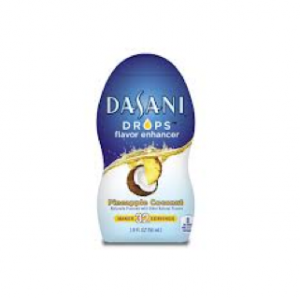 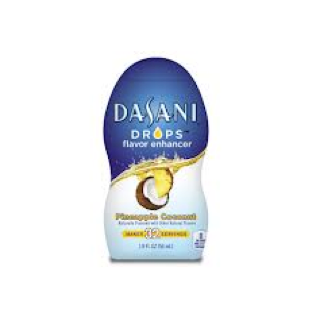 Insider Trading Activity is Heating Up At This Teen Retailer

This Board Member Is In For $130,000
Monthly Newsletter Strategy
Download a free copy of our newsletter and see the details inside!
Hedge Fund Resource Center
Billionaire Hedge Funds