This Ackman Disciple Is Making A Telecom Move

According to a filing with the SEC, Marcato Capital Management has acquired 14.2 million shares of Cincinnati Bell Inc. (NYSE:CBB) as of October 25th, which gives the fund 7.2% of the total shares outstanding. Cincinnati Bell is a $1.1 billion market cap company which provides wireline and wireless services and also operates a data center segment. Marcato is managed by Richard McGuire, who had previously worked at Pershing Square before founding the fund in 2010. Marcato had not owned any shares of Cincinnati Bell at the end of June, according to its 13F filing (see what stocks it had in its portfolio), so these purchases look to have been made over the last four months. Since the end of June, Cincinnati Bell is up 47%.

Cincinnati Bell’s sales were very stable in the first half of the year: revenue only increased to $731 million from $728 million in the first half of 2011. However, costs were up and an asset impairment charge drove an increase in operating costs; as a result, the low-margin business reported only 1 cent per share in earnings for the second quarter (down from 5 cents per share in Q2 2011) and 6 cents per share for the first six months of 2012 (it had been 13 cents in the same period a year earlier). These weak results leave Cincinnati Bell Inc. at a high earnings multiple- annualizing the first half of the year’s 6 cents per share in earnings yields a P/E multiple of 45. Wall Street analysts believe that the company will improve next year, and so it trades at 22 times forward earnings estimates. We’d still consider that a high price

Royal Capital, managed by Yale Fergang and Robert Medway, had a position of 8.7 million shares of Cincinnati Bell Inc. at the end of June. This made it one of the fund’s top ten positions by market value (find more stocks owned by Royal Capital). We’d also note that there have been considerable insider sales at the company; while often it makes sense for insiders to sell in order to realize the benefits of diversifying their wealth away from their company, it is something to be aware of. Research insider sales at Cincinnati Bell.

Other relatively small telecommunications companies include TW Telecom Inc (NASDAQ:TWTC), Frontier Communications Corp (NASDAQ:FTR), Windstream Corporation (NASDAQ:WIN), and EarthLink, Inc. (NASDAQ:ELNK). Of these TW Telecom and EarthLink tend to be higher priced in terms of their earnings: EarthLink is actually expected to be narrowly unprofitable next year (and trades at 40 times trailing earnings) while TW Telecom carries a forward P/E of 35. Even though TW Telecom did see revenue and earnings growth in the second quarter compared to the same period a year ago (EarthLink’s revenue was down over the same time frame), we think that these companies look like even worse values than Cincinnati Bell.

Frontier and Windstream both saw their earnings decline by 44% in the second quarter versus a year earlier, even though Windstream experienced growth on the top line. They have forward earnings multiples in the teens- Frontier at 18, Windstream at 17- and are attractive from an income perspective with dividend yields in the 9-10% range. If dividends are important for an investor, they may be good to look at to see if they can sustain their dividend payments, but we don’t like them on a value basis either as they are too dependent on reversing their recent decline.

We don’t know what Marcato’s investment thesis is here. It’s certainly tough to see a value case, as earnings are quite low and even the recovery that optimistic analysts are looking for doesn’t generate an attractive forward P/E. We would recommend against following the fund’s lead.

Should You Buy This 8.5% Yielding Stock? 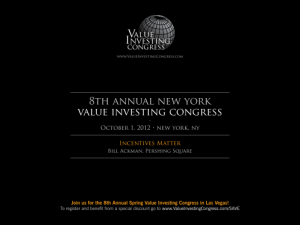 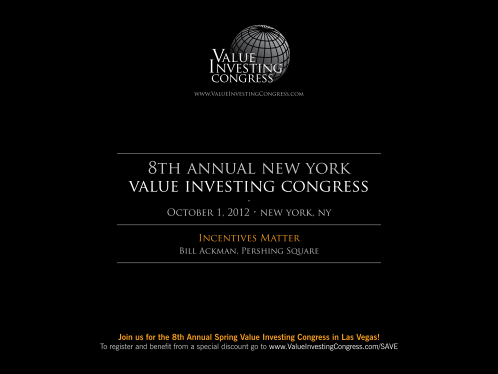