These Hedge Fund Trades Could Drastically Affect Your Holdings

Hedge fund trades: Recently on Seeking Alpha, we covered four dividend stocks with four big hedge fund buyers. As usual, we took you through some of the most important hedge fund filings of the past few days. It’s important to cover the buying activity of the biggest hedge fund managers for its market-beating potential (discover the secrets of this strategy). 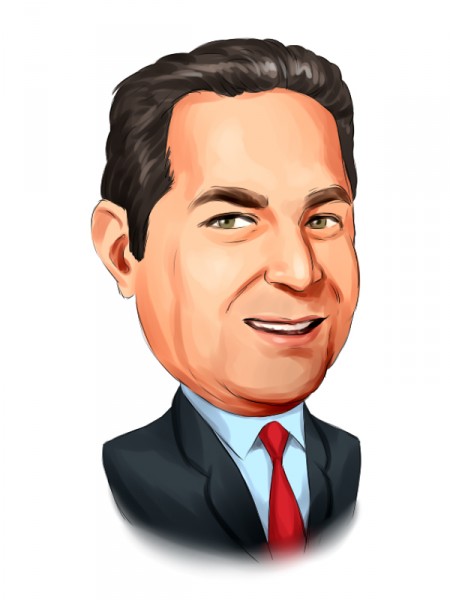 With that in mind, we’d like to take you through a couple small-cap hedge fund purchases that have been disclosed in the last few days. With smaller companies especially, it’s crucial for investors to understand which big investors have established stakes, how much stock they own, and if they have any plans for activism in the future.

Cal Dive International, Inc. (NYSE:DVR) is an oil-related company that provides its clients with manned diving services related to pipe burial, rig retrieval and installation operations.  On Tuesday in a 13G with the SEC, Huber Capital disclosed that it had increased its stake in the company to 17.3% of all outstanding shares. This marked an increase of almost 50% from last quarter, and since it’s not an activist filing (in the form of a 13D), it’s safe to assume Huber is here for as a passive investor only.

With that being said, there’s one, very bullish secular trend that explains why any investor could justify being long. The company is naturally linked to the domestic offshore oil market, which is expected to expand over the next three decades chiefly due to Gulf of Mexico production, according to the EIA.

Cal Dive also supports operations of various companies in Latin America, Asia, Australia, the Middle East, the Mediterranean and West Africa. Of these overseas projects, Cal Dive’s presence in Southeast Asia and India look to be the most promising; Infield projects expenditure on offshore energy infrastructure to grow by more than 50% in this region over the next half-decade.

While Cal Dive doesn’t offer geographic-specific figures in its financial statements, it does disclose that about 65% of its revenues come from overseas, and it specifically mentions “strong utilization” in Southeast Asia as a main factor behind recent top line growth.

With these catalysts in mind, Wall Street also expects Cal Dive to translate this growth into bottom line prosperity. The company has not been profitable over the last two years, but sell-side analysts think it will come very close to breaking even by the fourth quarter of this year. Over the longer term, analysts expect Cal Dive to generate EPS growth of 75% next year, and annual growth of 12% over the next five years.

Considering these estimates, the stock is fairly inexpensive on an enterprise value-to-sales basis, trading at a multiple of just 0.75. This is significantly cheaper than peers like Oceaneering International (NYSE:OII) and TETRA Technologies, Inc. (NYSE:TTI), which sport EV/S multiples of 2.9 and 1.4, respectively. While some would argue that investors are discounting the stock because Cal Dive isn’t yet profitable, it appears that Huber Capital is betting that the company will capitalize on macro tailwinds to hit, or at least come close to the Street’s optimistic earnings forecasts.

Switching gears just a bit, but staying in the small-cap universe, Yongye International Inc (NASDAQ:YONG) is another stock to watch. Earlier this week in a 13D filing, Glenhill Advisors reported a 3.8% stake in the agricultural nutrient company. Glenhill is managed by Glenn Krevlin (see his bio here), who has been involved in successful activist campaigns before—such as his involvement in RedEnvelope—and it appears he wants to instigate change at Yongye as well.

The company disclosed in late September that it had agreed to be taken private for a little under $350 million by its CEO and a few private equity firms. Yongye’s Board has already approved the sale at a price of $6.69 a share, a 5.5% premium to the stock’s current price. Most analysts think the deal will close sometime in the first quarter of next year, but it still has to be approved by a shareholder majority. That’s where Glenhill comes in.

In its latest filing with the SEC (linked above), the hedge fund said it doesn’t agree with the outstanding merger proposal, with the reason being that “the Purchase Price is inadequate,” in Glenhill’s words. The fund mentions that Yongye traded near $12 per share in 2009, and that a fair purchase price “would be multiples” of the existing proposal, and recommends management to “terminate” the merger agreement. Glenhill also advises that Yongye should seek listing on the Hong Kong Stock Exchange (SEHK) instead of the Nasdaq, citing an evident premium that exists on peers who trade on the SEHK.

If the company’s merger does get approved, an appreciation of another 5% will take place in the coming months. On the other hand, if Glenhill gets what it wants and either Yongye management or its shareholders stop the merger, there’s potentially more upside but more risk.

The upside: a potential switchover to the SEHK could allow the stock to reach a better valuation. The risk: if a listing change does not occur, shareholders could flee the stock. It is possible that investors who were long for merger arbitrage purposes would flee the stock as well.

Despite Slashing Agrium, Jana Partners is Still Very Much an Activist