Companies 0 See All
Hedge Funds 0 See All
Insiders 0 See All
Institutional Investors 0 See All
Click here to see all results for Sorry, no results has been found matching your query.
Business-Dividend Stocks-Stock Analysis

These Are John Buckingham’s Stock Picks For 2021

Published on March 25, 2021 at 9:53 am by Valuewalk in Business, Dividend Stocks, Stock Analysis

The economy remains in distress, although there are signs of recovery underway. John Buckingham of Kovitz, editor of The Prudent Speculator newsletter, has found that value stocks typically outperform coming out of economic downturns. Thus, he argues that this is an excellent time to be a value investor.

During a webinar with ValueWalk, Buckingham gave his stock picks for 2021, which focus on several themes. 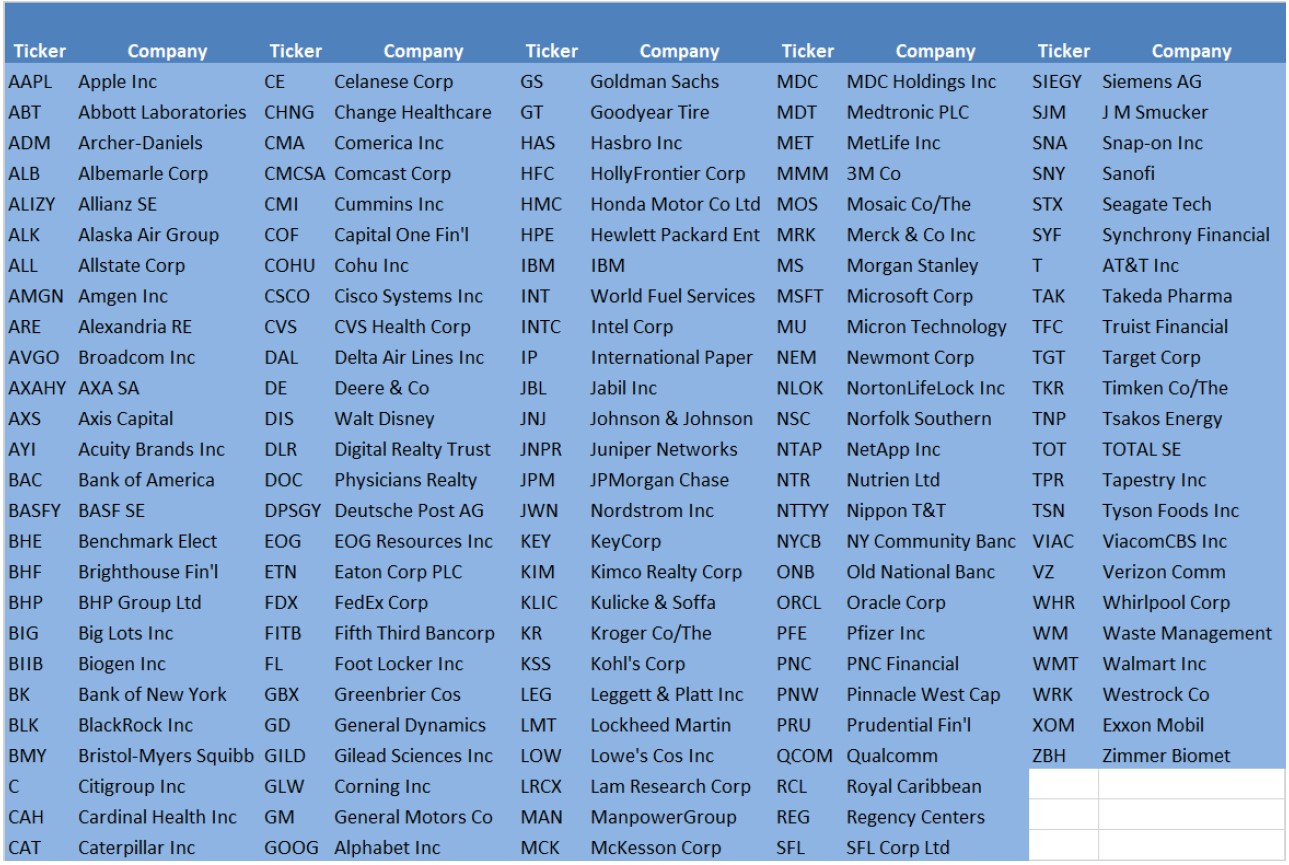 The first theme he mentioned was economic recovery. He noted that we’d had nine months of social distancing, limited travel and lockdowns, but now a handful of effective COVID vaccines are setting the stage for a return to normal. Buckingham expects economically sensitive stocks to report much better results and believes investors will probably reward many of last year’s laggards for their favorable earnings comparisons.

He also noted that the federal government has been doing all it can to support the economy, driving a $2 trillion increase in U.S. deposit accounts in the first six months of last year. Much of that increase found its way onto the balance sheets of the country’s biggest banks, including JPMorgan Chase, Bank of America and Citigroup. Buckingham sees strong upside potential for bank stocks as the firms sit flush with cash. He also expects their caution in extending credit last year to reverse.

Buckingham also sees several beneficiaries from the stay-at-home trend. For example, tech companies benefited from the work-from-home theme, like Microsoft and its Teams platform, which saw record adoption rates. Cisco Systems, Intel and NetApp also benefited because they produce hardware and software needed to make enterprise collaboration work. Buckingham noted that Cisco has a reasonable valuation and a big dividend yield of over 3%.

The refinancing boom that struck early in the pandemic when rates were cut close to 0% resulted in sizable monthly savings for many borrowers. Buckingham said this freed up monthly income to spend on home furnishings, including for components made by Leggett & Platt. Automakers like General Motors also benefitted from the need for personal vehicles because less public transportation was available. He believes GM’s push toward electric and hybrid cars is permanent and will give suppliers like Corning a boost.

Buckingham also likes some small and mid-cap stocks, and he used the pandemic fallout to snap up stocks like Big Lots, lighting manufacturer Acuity Brands and luxury department store Nordstrom. He likes Acuity because it manufactures virus-killing lights, which could do well as businesses get back up and running with more virus-related safety measures in place.

He also likes 5G as a theme. Major telecom companies like AT&T and Verizon have been launching their 5G networks, while new 5G-capable phones come with chips made by Qualcomm. Apple and Alphabet should benefit from large numbers of people upgrading their devices for 5G. Buckingham also expects content providers like Viacom and Walt Disney to benefit because the faster speeds will enable them to reach more people.

He also likes cloud companies for their connection to 5G. His recommendations include Digital Realty Trust, which owns and manages data centers, Cisco, solid-state drive maker Micron, hard-disk resign leader Seagate, and Intel. Buckingham also mentioned IBM, which has had time to catch up on cloud technology with its recent Red Hat acquisition.

The new administration has changed its focus on federal spending and could make other changes, like pharmaceuticals and healthcare. Buckingham expects infrastructure to become a hot topic at the national level, so he likes Caterpillar, Eaton and Cummins.

He noted that the Democratic government would probably trim the defense budget. However, some might argue that low interest rates could allow the defense budget to remain intact while supporting other policy goals. Due to the danger that still exists in the world, Buckingham has selected Lockheed Margin and General Dynamics for their low prices.

He also said healthcare could be seen in a more positive light than in recent years due to the roles Pfizer and Johnson & Johnson have played in bringing COVID vaccines to market. He noted that the healthcare sector had faced regulatory scrutiny for years, so even a “modest” reduction in the negativity will be supportive. Buckingham selected CVS Health for its role in distributing the vaccines.

Buckingham is also a big fan of dividend stocks, and he has several on his list of recommendations. The low interest rate environment has been difficult for the bond market, but dividend stocks offer an alternative for fixed income. He noted that the dividend yield of his portfolios is much higher than the broad indices.

He isn’t just focused on yield as he looks for capital appreciation first. Nonetheless, he still owns a number of Dividend Aristocrats, which are companies that have boosted their dividends for at least 25 years. His recommendations include 3M for its 3.4% yield and Archer Daniels Midland for its 2.9% yield.

Buckingham expects elective surgeries to return, boosting Medtronic, which has a 2.1% yield. Resolutions of opioid lawsuits and resumption of profit growth should boost Cardinal Health, which has a 3.4% yield. Other Dividend Aristocrat holdings include Johnson & Johnson, Leggett & Platt, Lowe’s, Target, Caterpillar and AT&T.

Caterpillar gets more than half of its sales outside the country, and ManpowerGroup, which derives 67% of its revenue from Europe, should rebound as the EU emerges from the pandemic.