The Valspar Corporation (VAL): Are Hedge Funds Right About This Stock?

What’s a smart The Valspar Corporation (NYSE:VAL) investor to do?

If you were to ask many market players, hedge funds are assumed to be useless, old investment vehicles of a period lost to current times. Although there are more than 8,000 hedge funds trading in present day, Insider Monkey aim at the top tier of this club, around 525 funds. It is widely held that this group controls most of the smart money’s total capital, and by keeping an eye on their highest performing stock picks, we’ve unsheathed a few investment strategies that have historically outperformed the market. Our small-cap hedge fund strategy outperformed the S&P 500 index by 18 percentage points a year for a decade in our back tests, and since we’ve started sharing our picks with our subscribers at the end of August 2012, we have topped the S&P 500 index by 33 percentage points in 11 months (find a sample of our picks).

Equally as key, positive insider trading sentiment is a second way to look at the financial markets. There are lots of incentives for an upper level exec to sell shares of his or her company, but just one, very clear reason why they would buy. Various academic studies have demonstrated the valuable potential of this tactic if “monkeys” know what to do (learn more here). 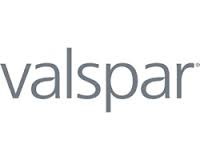 What have hedge funds been doing with The Valspar Corporation (NYSE:VAL)?

In preparation for the third quarter, a total of 25 of the hedge funds we track were bullish in this stock, a change of 39% from the first quarter. With hedge funds’ capital changing hands, there exists a select group of noteworthy hedge fund managers who were increasing their holdings considerably.

According to our 13F database, David Cohen and Harold Levy’s Iridian Asset Management had the largest position in The Valspar Corporation (NYSE:VAL), worth close to $239.8 million, comprising 3% of its total 13F portfolio. Coming in second is Doug Silverman and Alexander Klabin of Senator Investment Group, with a $130.1 million position; the fund has 2% of its 13F portfolio invested in the stock. Some other hedgies with similar optimism include Matt McLennan’s First Eagle Investment Management, D. E. Shaw’s D E Shaw and Michael Karsch’s Karsch Capital Management.

Insider buying made by high-level executives is most useful when the company in focus has experienced transactions within the past six months. Over the latest half-year time frame, The Valspar Corporation (NYSE:VAL) has experienced zero unique insiders purchasing, and zero insider sales (see the details of insider trades here).