Tesla Motors Inc (NASDAQ:TSLA) has become the new darling of the automotive world, not just the alternative-fuel automotive world. Google Inc (NASDAQ:GOOG) is developing the same type of buzz with its Google Glass wearable computer eyewear that is generating a lot of attention even though it has not been released for commercial sale yet. See a sneak peek of Google Glass.

Will they join forces?

There can certainly be something with two of the latest technologies – an electric car with a 200-mile battery life, along with a wearable computer – but if you can imagine the buzz that could be generated if Tesla Motors Inc (NASDAQ:TSLA) and Google Inc (NASDAQ:GOOG) ever got together?

Well, OK, besides the concept of the driverless car. How about with someone driving a Model S while wearing Google Inc (NASDAQ:GOOG) Glass? Can there be an app for that experience? Indeed, there may be now.

The initial version of this app, it is reported, will let Glass users remotely control starting and stopping the charging of their cars, check the battery level, lock or unlock doors to the car and even adjust the vehicle’s temperature settings.

In future updates, Katta said, the app may have voice commands, real-time tracking of the vehicle and charge-completion notification. According to the official website, the app is available for download for users that have trial access to Google Glass, in addition to—obviously—Google employees themselves.

It’s estimated that around 8,000 trial members are currently using Glass, so we likely won’t see many GlassTesla users in the immediate future, but via Katta’s Google+ account, there’s “at least one Google Inc (NASDAQ:GOOG) exec” using the app.

What can investors do?

Obviously, the immediate play for anyone betting on a future ripe with GlassTesla users can simply go long Tesla Motors Inc (NASDAQ:TSLA) and Google stock. The former’s valuation is high, yes, but until we see how sales will shape up over the next few years—particularly with the introductions of the Model X and the Gen III—let’s hold off on talk of over-valuation.

Tesla’s journey past the $100 mark has become just as surprising as its move past the $50 line, and Global Equities Research has a particularly bullish price target of $150 on the stock. Jefferies analyst Elaine Kwel, meanwhile, holds a $130 PT on Tesla, citing its potential to beat second quarter and full-year sales estimates. Specifically, Jefferies estimates Tesla will sell 5,000 cars in Q2 and 21,500 in 2013, above the 4,500/21,000 mark set by the company itself. If the beats keep coming, so will investors’ love, and thus, more upward momentum. 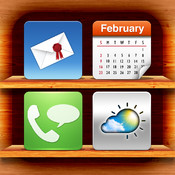 TiVo Inc. (TIVO)’s CEO Gives The Stock A Vote Of Confidence After A Poor...

Research In Motion Ltd (BBRY) BlackBerry Users: What Are You Worth?