Daniel Benton’s Andor Capital Management has filed its 13F for the reporting period of March 31, with the investment manager boasting an equity portfolio of $1.01 billion as of the reporting date. One of the major moves in the equity portfolio of the fund manager is that Twitter Inc (NYSE:TWTR) has dethroned Apple Inc (NASDAQ:AAPL) as the biggest tech pick of Benton, who sold off most of his Apple holding. Tesla Motors Inc (NASDAQ:TSLA) and Facebook Inc (NASDAQ:FB) also leapt over Apple in Andor Capital’s portfolio, despite the holding in the latter also being slashed by Benton. Andor Capital Management has a concentrated portfolio with two-thirds of it devoted to tech, while consumer discretionary stocks make up the bulk of the remaining one-third. 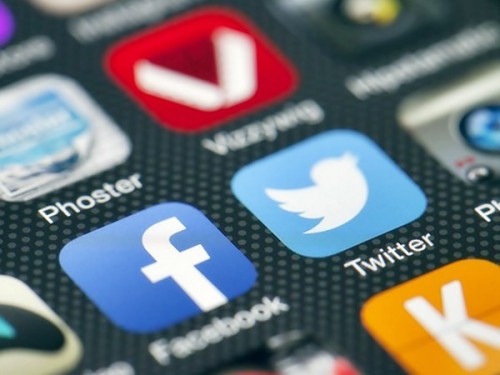 Why are we interested in the 13F filings of a select group of hedge funds like Andor Capital? We use these filings to determine the top 15 small-cap stocks held by these elite funds based on 16 years of research that showed their top small-cap picks are much more profitable than both their large-cap stocks and the broader market as a whole. These small-cap stocks beat the S&P 500 Total Return Index by an average of nearly one percentage point per month in our backtests, which were conducted over the period of 1999 to 2012. Moreover, since the beginning of forward testing from August 2012, the strategy worked just as our research predicted, outperforming the market every year and returning 139% over the last 32 months, which is more than 80 percentage points higher than the returns of the S&P 500 ETF (SPY) (see more details).

With 4.00 million shares valued at $200.32 million, Twitter Inc. (NASDAQ:TWTR) is now the top tech stock pick of Benton. The fund manager has added an additional 1.50 million shares of the micro-blogging platform to his portfolio and it accounts for 19.89% of the portfolio’s value now, more than tripling his exposure to the stock. Twitter has faced industry criticism for its slow user growth and limited revenue streams but the social network is all set to expand its reach with a strategic partnership with Google Inc. (NASDAQ:GOOGL). According to the recent deal between the two tech giants, Google will display relevant tweets on its search result pages and the user will be redirected to Twitter upon clicking the link. John Thaler’s JAT Capital Management and Daniel Och’s OZ Management also hold major stakes in Twitter Inc. (NASDAQ:TWTR).

The electric carmaker Tesla Inc (NYSE:TSLA) is the second-largest tech stock holding of Andor Capital Management, which owns 1.00 million shares of the automobile manufacturer, with a value of $188.77 million. The investment manager trimmed its stake in the car company by 20% during the first quarter. Shares of the high-end luxury carmaker have grown 10.53% this year, pushing its market cap back above $30 billion at $30.89 billion. Tesla is known for using an unorthodox retail market approach, including selling its cars online and bypassing dealerships with its own retail showrooms. The electric automobile company is planning to roll out its mobile store units that can easily be set-up at popular summer locations. If done in a proper manner, this approach could help Tesla Inc (NYSE:TSLA) unlock yet another novel retailing model. Some of the major stockholders of the company include Ken Griffin‘s Citadel Investment Group, Masters Capital Management, and Arbiter Partners Capital Management.

Facebook Inc (NASDAQ:FB) comes in at number three in the equity portfolio of Benton. The fund manager owns 750,000 shares with a market value of $61.66 million in the world’s largest social network, after slashing his holding in Facebook by 63% during the quarter. Facebook has been trying to push its content publishing for the past couple of months and one of the latest developments concerns the acquisition of content publishing platform Tugboat Yards. Tugboat is a unique content publishing platform that allows publishers to receive payments against subscriptions. Facebook Inc (NASDAQ:FB) is also interested in the man behind Tugboat Yards, Andrew Anker, CEO and co-founder of Tugboat, who will join Facebook’s staff after Tugboat is shut down on June 30. Though billionaire Stephen Mandel also greatly reduced his stake in Facebook, by 40% during the first quarter, his fund Lone Pine Capital remains the largest shareholder of the company in our database.

From being the largest stock investment of Andor Capital Management in the previous quarter, Apple Inc. (NASDAQ:AAPL) has dropped to tenth position. The fund’s position in the iPhone-maker was slashed by 92%, leaving it with 250,000 shares of the company valued at $31.11 million. In a recent revelation made by one of the best analysts of Apple Inc, Ming-Chi Kuo of KGI Securities said that the iPad-maker is planning to launch its new iPhone models earlier than expected. He further added that the latest iPhone 6S model would be available in two different versions including a 4.7-inch iPhone 6S and 5.5-inch iPhone 6S Plus. The shares of Apple Inc. (NASDAQ:AAPL), which owns one of the most profitable businesses ever, have grown 16.77% year-to-date and the company is the most valuable in the world with a market cap of $749.28 billion. Carl Icahn remains Apple’s largest shareholder in our database as well as its staunchest supporter.