The Oil Trade War as it relates to Brookfield Renewable Partners

The Oil Trade War, and Pandemic in general, will have massive implications for the U.S. economy. The continued production of oil throughout Russia and Saudi Arabia will lead to record filings of bankruptcies and defaults on highly leveraged U.S. oil companies, which are unable to compete with predatory pricing and falling demand.

While oil prices are low currently due to the lack of competition in the market post-oil crisis, I expect oil prices to surge to near 2008 levels. Due to reduced domestic supply, and high foreign oil prices for much of North America, I expect the U.S. to begin to rely on the next cheapest form of energy, hydroelectric power. I believe Brookfield Renewable Partners (NYSE:BEP) will be a huge gainer in the upcoming months and is currently a buy considering its bargain price due to the impact of the virus and lack of profit due to comparatively cheap oil prices. 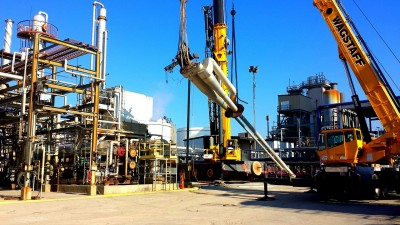 The Impact Of The Oil Trade War

The oil trade war is going to ripple through the economy in the upcoming years with massive gainers and massive losers. Demand for crude oil has dropped remarkably in response to the coronavirus with less people traveling and using oil for their daily lives. Rather than decreasing their production, some oil companies have increased it in an attempt to force other companies out of business by decreasing the cost per barrel and running at a loss. Loss leaders in both Russia and Saudi Arabia have decreased prices into negative territory among some futures contracts, forcing U.S. Oil Producers to either produce at a loss, or shut down their wells. This is a major problem for these companies, as they currently hold 86 Billion USD in debt, maturing between 2020 and 2024. U.S. Oil companies, barring intervention by the government, will not be able to service this debt as expected, and many are predicted to go out of business, leading those who were able to weather the storm, such as Russia and the Saudi’s less competition in the world market.

Due to decreased competition, when demand for oil does rise again, price will follow in an attempt to make up for lost profits. With less production throughout the world and heightened demand, oil prices could skyrocket, more than making up for Saudi and Russian losses, but at heavy cost in the U.S. Without high domestic production of oil and skyrocketing prices, Americans will be looking for other, much cheaper forms of energy production as a means of satisfying ever growing demand in the energy market. I believe Brookfield Renewable Partners (NYSE: BEP) will be in a prime position to fill the gap in this market, and will make gains in the foreseeable future.

Brookfield Renewable accounts for more than 200 Hydroelectric plants, 550 Solar Facilities, 100 wind farms, and continued investment into power storage facilities. Hydroelectric infrastructure makes up the bulk of their hard assets, accounting for over 75% of their power generation. Their current capacity is 16,400 MW of power. This is important, as they are the largest holder of Hydroelectric power plants in the Western Hemisphere, and are continuing forays into Wind and Solar as locations for Hydroelectric plants become scarce. This gives them an effective monopoly on hydroelectric power production, and a solid position to move into other forms of renewables.

Their Hydroelectric holdings are the most interesting here, as Hydroelectric power is some of the cheapest to produce, and most proven long term. In the U.S. the average cost of Hydroelectric is .85 cents per kilowatt hour- less than half the cost of Nuclear, Fossil fuels, or natural gas. Along with their investment into energy storage, Brookfield Renewable continues to make lucrative investments for the long term, such as the purchase of TerraForm Power, which will continue to grow its portfolio and increase cash flow. Brookfield Renewable is making a slow rise to the top of the renewable energy sector.

Brookfield Renewable also released their 5 year plan last year, which expects to maintain their 10% year over year FFO growth, through development of other power sources, acquisitions, Margin enhancement activities, and Inflation escalators in existing contracts. This will lead to much higher cash flow, as well as a higher dividend for investors. In addition to this, Brookfield Renewable has one of the best balance sheets of any renewables company, boasting no short term debt maturities, and $3.1 billion dollars of liquid assets. Considering Brookfield Renewables is flush with cash in times like these, they will be able to afford to make investments other businesses will not be able to, further positioning them in a strong place for years to come and possibly leading to double-digit year over year returns near 12-16%.

The Global Shift Towards Renewable Energy

Aside from the pandemic, there is a global shift towards renewable energy, as well as an overall increase in demand for energy as a whole. The transportation industry seems to be shifting to electric, rather than standard gas, as evidenced by Volkswagen’s announcement they are “ceasing investment into Internal combustion engine vehicles” and “the last generation of combustion engines will be launched in 2026.” This of course could be exacerbated even more in the event of a large oil crisis. Considering VW is the largest car manufacturer in the world, and holds a majority of the brands we know and love, it would be surprising if this did not reflect a more radical shift in the transportation market as a whole to make the shift to electric – A shift Brookfield Renewable is poised to take advantage of.

With an Oil Trade war that will lead to increased Oil prices in years to come, a shift in consumer preferences and manufacturer offerings among the transportation industry, and a sharp battle with demand, Brookfield Renewable Partners is prepared to rise to the top. By leveraging their high margin hard assets, increasing their FFO, and using their $3.1 Billion in liquid assets, Brookfield is poised to make serious expansionary moves in the market at a time when most companies are downsizing. For these reasons, I believe Brookfield Renewable Partners is a solid undervalued investment, which will bring double-digit returns in the years to come.

Why Horizon Kinetics is Bullish on Intercontinental Exchange (ICE) Stock?

Hedge Fund Manager Who Predicted The Pandemic Is More Bearish Now Than Before...