Tribune Company (NASDAQOTH:TRBAA) has announced that it may consider selling its newspaper business. That comes shortly after The New York Times Company (NYSE:NYT) announced it was selling its Boston Globe business. Is this a coincidence, a mad rush for the exits, or a strategic effort to hinder a competitor? 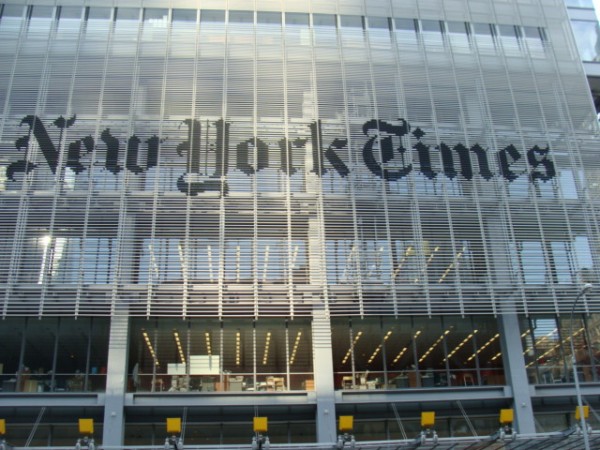 It is fairly clear that the advent of the Internet has changed a lot of industries. One of the hardest hit sectors has been newspapers. With so much free written content online, people simply aren’t willing to pay for curated content that comes out a day after the news actually took place. While newspapers offer websites that are timelier, few have found a way to maintain their historic levels of profitability with an online advertising or subscription model. The newspaper companies have been in decline for a long time.

Paring Down at the Times

This is part of what led The New York Times Company (NYSE:NYT) to refocus its business around its core, and most important, paper. The company’s namesake paper is respected the world over. In fact, as part of this effort, the company is renaming its international division to align it with The New York Times name. Part of the process is selling what many consider an important newspaper business, The Boston Globe.

That the company is considering this move is significant. It shows just how hard it is right now in the newspaper sector. Indeed, maybe a paper in every city is just too much for the market to support and a shakeout is needed. So, when the Tribune Company came out and said it was considering a sale of its papers, it wasn’t much of a surprise. However, there could be other motives for this effort.

Companies work against each other in different ways. Sometimes they go head to head in the belief that they will prevail and other times they play strategic games even though they know they are unlikely to win in the end. For example, Google Inc (NASDAQ:GOOG) and Microsoft Corporation (NASDAQ:MSFT) have numerous overlapping products. The logic behind some of the offerings, however, isn’t necessarily to “win.”

Take Microsoft Corporation (NASDAQ:MSFT)’s Office suite of productivity software. The company has a dominant position in this space. These products are a huge money maker for the company. Google Inc (NASDAQ:GOOG), meanwhile, has a free web-based version of the same products. While this is clearly in-line with Google’s web roots, it certainly isn’t going to unseat Microsoft Corporation (NASDAQ:MSFT) without years and years of effort, and costs.

Why bother? For starters, it forced Microsoft Corporation (NASDAQ:MSFT) to notably improve its Online Office game to keep pace with a new and well-funded entrant. That increases the costs of doing business. Second, it eats away, even if only slightly, at Microsoft’s industry position, which hits the top line. The end result is a weaker Microsoft, which is a win for Google Inc (NASDAQ:GOOG) even if it doesn’t make much money from its productivity offerings.

Why is this good? Because Microsoft Corporation (NASDAQ:MSFT) has for years been working in the search space most recently with Bing. While Microsoft clearly wants to make money with Bing, on some level, it is also just trying to limit Google Inc (NASDAQ:GOOG)’s reach. So middling performance is acceptable. While such logic gets complicated, or perhaps fuzzy, this is the type of strategic thinking that goes on throughout the business world.

The Tribune only recently found its way out of bankruptcy. It owns newspapers, radio stations, over 20 television stations, and web assets related to each. It would make complete sense for the company to move out of the weakest performing business, newspapers, to focus on its television and radio businesses.

However, why make that announcement now? Is there a sudden rush to exit the newspaper space or is this an attempt to depress the value of newspaper assets to hinder a competitor? That’s devious thinking, but the business world is a rough place.

The New York Times Company (NYSE:NYT) needs money to fund its efforts to turn its flagship brand around, the less it gets from the sale of The Globe, the worse off it will be. The move by Tribune isn’t a good sign for The Times and suggests that investors should continue to shun the newspaper space.

The article Everybody Out Of The Newspaper Pool! originally appeared on Fool.com and is written by Reuben Gregg Brewer.