LONDON — Management can make all the difference to a company’s success and, thus, its share price.

The best companies are those run by talented and experienced leaders who have strong vested interests in the success of the business, held in check by a board with sound financial and business acumen. Some of the worst investments to hold are those run by executives who are collecting fat rewards as the underlying business goes to pot. 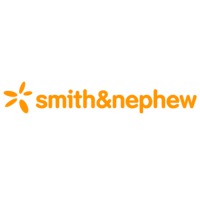 In this series, I’m assessing the boardrooms of companies within the FTSE 100. I hope to separate the management teams that are worth following from those that are not. Today, I’m looking at Smith & Nephew plc (ADR) (NYSE:SNN), Europe’s largest manufacturer of artificial hips and knees.

Here are the key directors:

Sir John Buchanan has been chairman since 2006, and was knighted last year for his services to industry. He is a former finance director of BP plc (ADR) (NYSE:BP), and worked for BP for over 30 years in financial and operational roles. He is also deputy chairman of Vodafone Group Plc (ADR) (NASDAQ:VOD), and senior independent director of BHP Billiton, both much larger FTSE 100 companies.

Fast work
Since becoming CEO in April 2011, Frenchman Olivier Bohuon has repositioned Smith and Nephew with acquisitions in advanced wound care and sports medicine, to reduce the company’s dependence on the highly competitive and budget-constrained market for artificial joints. He has also restructured to create a dedicated emerging markets division, and cut operating costs to invest more into R&D.

These initiatives have yet to show through in the share price, which has underperformed the FTSE, but a recently announced 50% dividend increase may help with that.

The new finance director has also been drawn from the pharmaceutical industry. Julie Brown took up the post this month after 25 years at AstraZeneca plc (ADR) (NYSE:AZN), in various financial and management positions. A chartered accountant, she had acted as interim chief financial officer while CFO Simon Lowth stood in as interim CEO, but on the appointment of Pascal Soriot, they both reverted to their original positions.