The McGraw-Hill Companies, Inc. (MHP), Moody’s Corporation (MCO): After the Plunge, Is it Time to Buy This Stock?

On Feb. 5, the US Department of Justice announced that it would be seeking $5 billion in its civil lawsuit against the S&P credit rating agency, a division of The McGraw-Hill Companies, Inc. (NYSE:MHP) , for “defrauding investors” during the financial crisis. The government essentially argued that the company had inflated the ratings and ignored the risks in an effort to get more business. The company denied any wrongdoing, and claimed that their opinions are protected under the First Ammendment. Despite the company’s denial, or the fact that fraud might be hard to prove, The McGraw-Hill Companies, Inc. (NYSE:MHP)’s stock plummeted.

The stock price has since recovered, but is still far from its pre-announcement levels. Many contrarian investors have jumped in and started buying shares, arguing that the market has overreacted. Could they be right? Is it wise to buy this stock now?

Analysts are moderately bullish on the stock: it has an average recommendation of 1.80 (buy/overweight), and an average price target of $58, which implies that the stock has an almost 22% upside potential from current price levels. Both average recommendation and implied upside from price targets are more attractive at The McGraw-Hill Companies, Inc. (NYSE:MHP)’s than at Moody’s Corporation (NYSE:MCO). It should also be noted that these analyst averages are not calculated exclusively from outdated reports that were published before the announcement of the lawsuit. Both The Benchmark Company and Barclays published reports in February, after the announcement, that, while lowering price targets from $64 to $57 and $54, respectively, rated the stock either a ‘buy’ (Benchmark Co) or an ‘overweight’ (Barclays).

The McGraw-Hill Companies, Inc. (NYSE:MHP) pays a dividend of $1.12 to its shareholders, which works out to a yield of 2.35% (higher than Moody’s Corporation (NYSE:MCO) 1.57%). A dividend has been paid to McGraw’s shareholders since August 1987.

The Bearish and the Bullish Cases

On one hand, the most obvious bearish argument is that if the government ends up winning the lawsuit, the company would be shattered if forced to pay $5 billion. Considering that McGraw-Hill’s net income for last year was a little under $1 billion, a $5 billion fine could wipe the company off the map. Futhermore, even if the case is settled or the company exhonerated, the loss of credibility arising from the situation could harm McGraw’s businessess, as it runs precisely on the ability to offer objective, credible ratings.

On the other hand, bulls can argue that the market overreacted in early Feburary when the government announced the lawsuit. The company’s stock price fell almost 30% in two trading sessions, creating buying opportunities. As it turns out, the stock has recovered some ground, but is still far from its January levels. The fact of the matter is that the company is profitable, and earnings are expected to increase over the next several years. Furthermore, the company has over $1 billion in cash (which could be used to pay a settlement comfortably), and it pays a decent dividend. While the market has had excellent returns YTD, The McGraw-Hill Companies, Inc. (NYSE:MHP) has dropped almost 13%, and, if the case is won or settled, or the story starts to be forgotten, investors looking for bargains in this bull market could start driving McGraw-Hill’s stock price up again.

Had the government not announced a lawsuit, The McGraw-Hill Companies, Inc. (NYSE:MHP)’s stock price would probably be inching closer to $60, following the bullish market trends. Instead, it is now trading at around $47, below its average target price of $58, and closer to its 52-wk low than its 52-wk high. The stock looks more attractive than its competitors, has bullish analysts, and should have a stable earnings outlook. Obviously, if the company is forced to pay the $5 billion fine, the earnings estimates, the forward P/E, the PEG, and all the other ratios based on them are meaningless, and the company could indeed be in serious trouble. At any rate, I believe that it is unlikely that the company will have to pay such a severe penalty, or even that the government can win this lawsuit. As a result, there could be some buying opportunities at current price levels. As with any contrarian play, however, investors should be cautious, and should understand the risks involved.

The article After the Plunge, Is it Time to Buy This Stock? originally appeared on Fool.com and is written by Alex Bastardas. 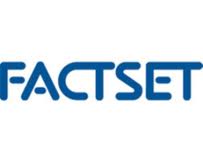