In previous post, I described the Cornell Capital Group Quarantine Index.  The index tracks the performance of the stocks that are likely to benefit from the fact that millions of people are more or less confined to their homes during the lockdown.  The index is composed of companies such as Amazon, Netflix, Peloton, Grubhub, Electronic Arts, and Zoom.  It is an equally weighted index so as to not give undo weight to giant companies like Amazon.

(More information on the index is available at cornell-capital.com.)  In that post, I noted that between March 17, 2020 and the date of the post on April 17, the CCG Quarantine index dramatically outperformed the S&P 500 by over 24 percentage points.

The Opening Of The Economy

In the time since that post, President Trump and many state governors began discussing plans for reopening much of the economy sometime during May.  This raises the interesting question of how the CCG Quarantine Index has performed relative to the S&P 500 over the period since April 17.  One would suspect that the gap would close as unexpected good news arrived regarding the opening of the economy.

To test this conjecture, the first graph below simply extends the graph from the previous post.  It tracks a path of wealth, which is a return index that incorporates dividends, from February 26,2020 to the close on May 6, 2020 for both indexes.  The graphs shows that as talk about opening the economy became more prevalent, the two lines diverged further rather than converging as predicted.  In fact, by the close on May 6, the CCG Quarantine Index was an astonishing 33.3% above its level on February 26 when the market began to react to the crisis.  In comparison, the S&P 500 was down 8.55%.  A remarkably small drop in its own right given the damage done to the American economy by the virus. 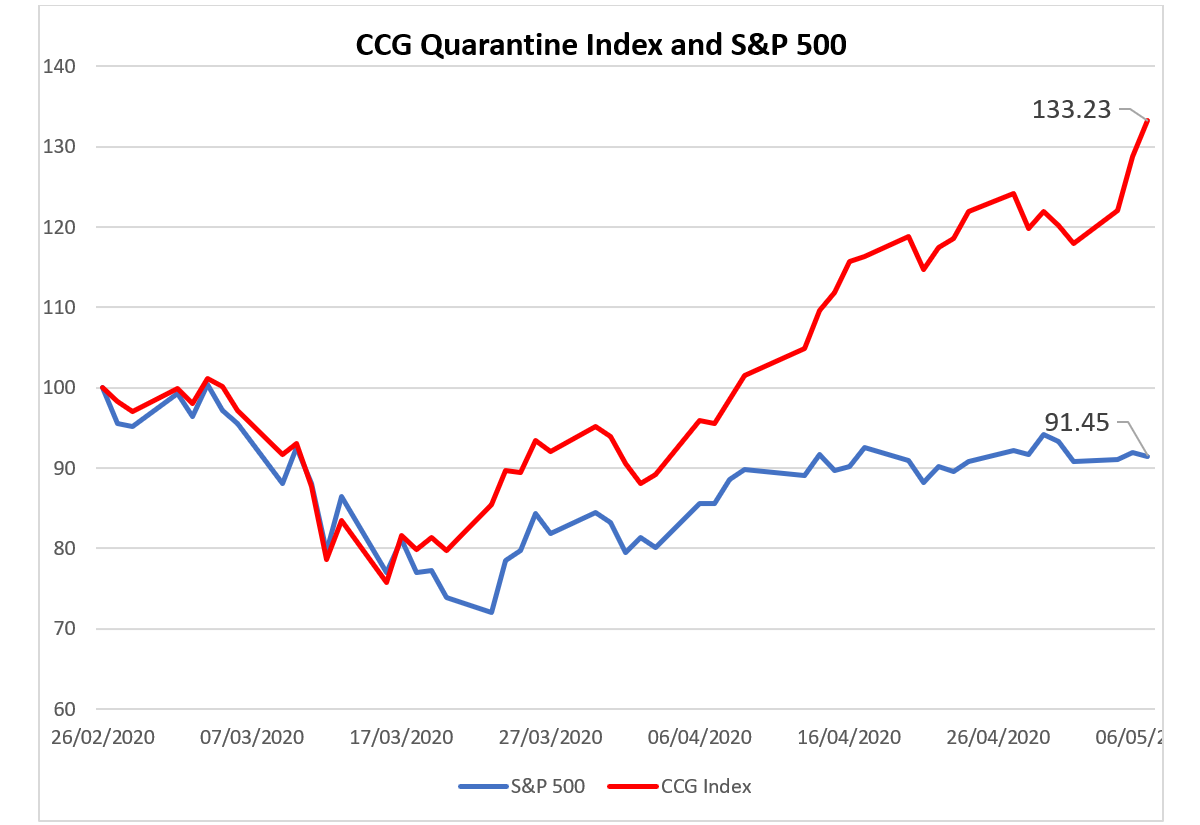 To provide a more detailed account of how the indexes behaved relative to each other, the second graph plots the differential between the two indexes.  It is interesting to note that during the early days of the crisis, the S&P 500 actually outperformed the CCG Quarantine Index (the differential was negative).  However, beginning around March 16 a gap begins to open and it grows all the way to 41.78  by May 6.  What is particularly interesting is that during May 4, 5, and 6, when talk of opening the economy was becoming widespread, the gap widened more than in any other three-day period.

Attempting to interpret why the market behaved as it did is always a daunting undertaking, but a necessary one for fundamental investors.  This is because fundamental investing ultimately involves a comparison between market valuations with assessments of intrinsic value.  A prerequisite for making that comparison is understanding the market valuations. 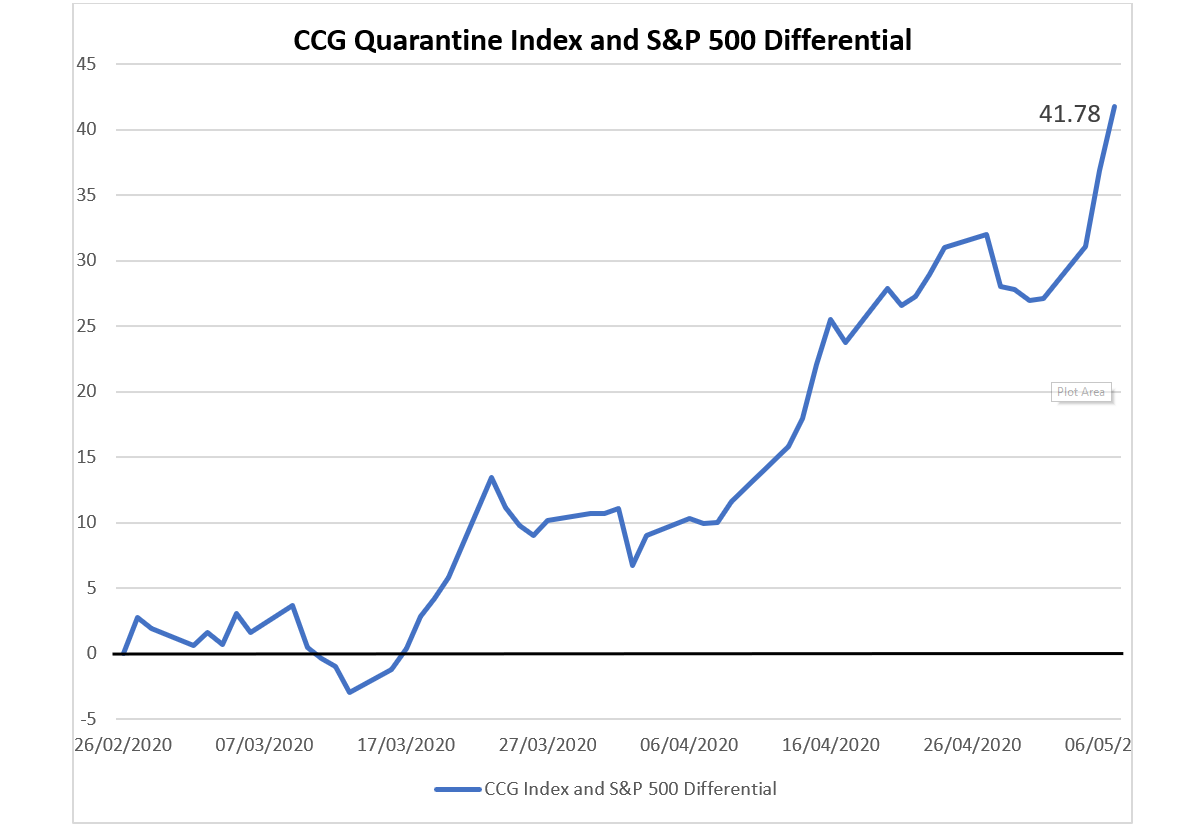 In that regard, the recent behavior of the CCG Quarantine Index in comparison with the S&P 500 suggests that the market is seeing a permanent shift in the nature of the economy that will outlast the lockdown.  The stock prices of tech-based companies are outperforming their traditional counterparts because the market appears to be concluding that the edge they gain during the crisis will not pass as the virus subsides.  However, the degree to which tech related companies have outperformed their more traditional counterparts is truly extraordinary.  As one extreme example, Shopify Inc. (NASDAQ:SHOP), a Canadian software company that helps small business sell their goods over the internet currently has a market capitalization of over $85 billion making it now the most valuable company in Canada by market cap despite the fact that it has never had positive net income.  Even if the market is right about a shift in the economy, there is still a limit on how great the price differential should be.  It is hard not to argue that we are reaching that limit.

There is one final troubling aspect about the performance of the CCG Quarantine Index.  Compared to the more traditional companies, those in the index tend to make greater use of computers and algorithms as opposed to people.  This raises the concern that if such automated companies are going to play a bigger role in the “new normal” economy that unemployment may remain a lingering problem.