The insider trading anomaly has been one of the most profitable investment strategies in the past 50 years. In general, information is a valuable commodity. In this case, the insiders have a great deal of information, more so than do any outsiders (journalists, bloggers, etc.) or stock analysts covering the company. But just having knowledge isn’t what gives the insiders their advantage. The financial advantage comes from the prowess to derive valuation estimates based on that information. Sure, sometimes insiders make mistakes; they make the wrong assumptions or they can’t predict the effect of macro factors. But the probability that this happens and they come to the wrong conclusion is much smaller when more than one insider, acting independently, come to the same conclusion: buy, buy, buy.

In other words, consensus criteria reigns king. When there is consensus among insiders (remember, who are acting independently), returns to insider trading are much higher.

Back in 1968, Professors James H. Lorie and Victor Niederhoffer had one of the earliest academic papers on profitability of insider trading (see definition of insider trading). It had a relatively proper methodology. Around the same time that economist Eugene Fama was preaching his efficient markets theory, Lorie and Niederhoffer showed that under intensive trading criteria (number of buyers is at least two more than the number of sellers or vice versa), insiders will outperform the market during the next six months.

That’s nothing to laugh at.

How Insiders Use Private Information and Don’t Get Caught 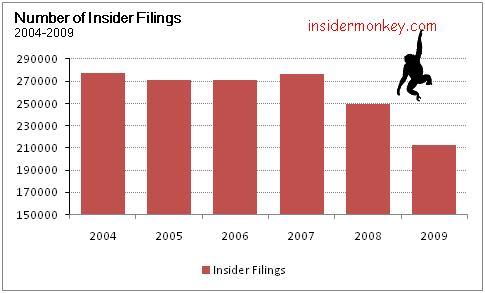