The Dow Jones Industrial Average (INDEXDJX:.DJI) is making up for yesterday’s drop in a big way today, and The Home Depot, Inc. (NYSE:HD)‘s stock is leading the charge with a strong earnings-backed surge. The blue-chip index has bounced back nicely so far, tallying gains of 91 points, or 0.6%, by 2:20 p.m. EDT. The Home Depot, Inc. (NYSE:HD) is spurring the charge today, gaining 3.1%, but it’s hardly alone among stocks trending higher; the majority of the Dow Jones Industrial Average (INDEXDJX:.DJI)’s members are in the green. Here are the stories you need to know about today. 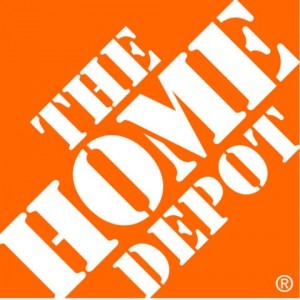 Home Depot surges while Travelers gets blown away
The Home Depot, Inc. (NYSE:HD) investors are having a good day after the home improvement retailer posted earnings that topped analyst projections. The firm’s $0.83 per-share first-quarter profit topped expectations of $0.76 by a significant margin, while revenue jumped 7% year over year to also beat Wall Street’s expectations handily. The company also increased its full-year guidance for earnings and revenue, with the housing recovery in full swing.

This stock is looking like a near-term winner. While sales related to the destruction left by Hurricane Sandy helped the retailer’s quarter, The Home Depot, Inc. (NYSE:HD) grew its gross margin and boosted same-store sales growth by nearly 5%. As the housing market continues to heat up, this company is well-positioned to supply consumers returning to the market. Keep an eye on Lowe’s Companies, Inc. (NYSE:LOW) earnings tomorrow, which will show how The Home Depot, Inc. (NYSE:HD) is competing with its top rival.

On the other side of the Dow Jones Industrial Average (INDEXDJX:.DJI), Travelers Companies Inc (NYSE:TRV) has fallen 2.2% in the aftermath of Monday’s severe tornado  in Oklahoma. Tornadoes in Missouri and Alabama in 2011 hampered the insurer’s finances that year, and with yesterday’s storm predicted by some to be the most destructive in Oklahoma’s history, Travelers Companies Inc (NYSE:TRV)’s and other property insurers will feel the impact from damage claims. Joplin, Missouri’s tornado in 2011 ranks as the country’s most-damaging twister in history with an estimated $2.8 billion in economic losses, but this recent storm could surpass it when damage totals are complete.

JPMorgan Chase & Co. (NYSE:JPM)‘s having a better day, up 1.8% to rank among the top Dow Jones Industrial Average (INDEXDJX:.DJI) leaders. CEO and Chairman Jamie Dimon has been under pressure by some shareholders to split his two roles, but today the bank’s shareholders rejected the proposal and preserved Dimon’s dual role. The company’s board of directors also survived the shareholder vote after some had called for new voices on the board. JPMorgan Chase & Co. (NYSE:JPM)’s losses in the past year, centered on the multibillion-dollar “London Whale” trading fiasco, have caused some question the company’s leadership, but today’s vote proved shareholders’ faith in Dimon and the board.
Share Tweet Email
Page 1 of 2
Next >>
See All