The Hershey Company (NYSE:HSY) hopes a better understanding of China’s confectionery culture will lead to some sweet returns. The company just launched a new candy brand in the alluring Asian nation. 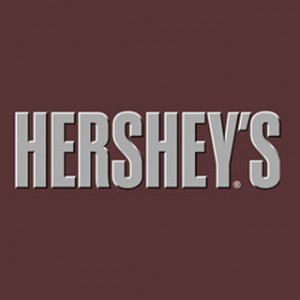 In an effort to attract Chinese consumers and their selective palates, The Hershey Company (NYSE:HSY)’s conducted extensive research and continues to explore options. In mid-May, the candy company opened its Shanghai-based Asia Innovation Center where food scientists create recipes tailored to Chinese tastes.

In the past, Chinese people only considered chocolate as something brown in color with a sweet taste. Now, they have come to embrace chocolate, and other sweet treats, elevating them to a status above simply snacks.

A maturing China chocolate and candy culture has moved people in the world’s fastest growing consumer market to hunt for more variety and premium products.

Sales of chocolate, candies, and gum soared some 46% between 2007 and 2012 in the region, climbing to roughly $13 billion, according to data from market research firm Euromonitor International. Last year alone, sales of chocolate in China totaled $1.95 billion.

Competitors already have a foothold

Rivals such as Mondelez International Inc (NASDAQ:MDLZ) and privately held Mars (maker of M&M’s and Dove), already have a distinct presence in China. The two held 43% of the market in 2012.

Nine of its products are $1 billion brands. Some of its myriad products, sold in 165 countries, include: Chips Ahoy, Fig Newton, Triscuts, Wheat Thins, Toberlone, Cadbury, and Oreo.

The snack food giant holds the number one position globally in biscuits, chocolate, candy, and powdered beverages. It also ranks second in sales of gum and candy. More than 40% of its sales come from fast growing developing markets.

“Our first quarter results were in line with expectations we outlined earlier this year as we work through some near-term headwinds. Although we’re not satisfied that our top-line growth remained below our long-term target, our results show that we’ve built solid underlying momentum. And I’m confident that we’ll deliver our 2013 commitments as we continue to leverage our advantaged category mix, leading market position and strong geographic footprint, particularly in emerging markets.”

Earnings came in at $0.76 a share on revenue of $4.55 billion, handily beating the $0.64 EPS on $4.48 billion analysts were expecting. The company attributed the solid quarter to the divestiture, which allowed it to focus on a more narrow mix of products and helped it cut costs.

The company reaffirmed its full year outlook of earnings of $2.75 a share on organic revenue growth and expects good progress in both top and bottom line performance.

Hoping for a Yes Ma’am to Yo-man

The emerging candy market in China leaves plenty of room for growth and new performers.

The Hershey Company (NYSE:HSY)’s new brand launch in China, its first beyond the U.S. market, is a milky candy known in English as Lancaster, and in Chinese as Yo-man.