Apple Inc. (NASDAQ:AAPL) is not the most popular stock among top-tier hedge funds. That spot belongs to Google Inc (NASDAQ:GOOG). After reclaiming No. 1 in the first quarter like a boss, hedgies grew sour on Cupertino, and rightfully so. Bulls, we’ll save you the embarrassment of reading the return figures of Apple stock over the past summer, but they’re not nearly as bad now, with Carl Icahn‘s universe-altering, mind-blowing, I-can’t-believe-he-could-limit-himself-to-140-characters-for-that tweet:

We currently have a large position in APPLE. We believe the company to be extremely undervalued. Spoke to Tim Cook today. More to come.

Clearly, someone needs to teach Carl the proper way to “cash-tag” his Apple Inc. (NASDAQ:AAPL) mentions, but judging by his handle’s bio, he doesn’t really care what anyone thinks: “Some people get rich studying artificial intelligence. Me, I make money studying natural stupidity.”

With that image fresh in our mind, let’s take a look at Apple Inc. (NASDAQ:AAPL)’s 10 largest hedge fund bulls. We’ll exclude Icahn from the list since we don’t know the specifics of the position…yet. 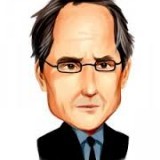 Your first thoughts are probably: D.E. Shaw who? This fund manager is a New York based operation that employs quantitative-driven methods to choose its investments in Apple. Why is he so bullish?  Well for starters, Carolyn Boroden of FibonacciQueen.com told CNBC that “in a nutshell, she thinks Apple is ready to roar” because of the strong technicals. Let’s not forget that for most of the past three quarters, the chart-watchers have been decidedly bearish on Apple stock, but a trend reversal might be one reason why D.E. Shaw more than doubled his stake in Q2, and now holds $1.4 billion in Apple Inc. (NASDAQ:AAPL). 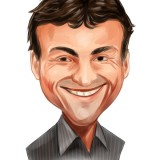 Now David Einhorn you’ve definitely heard of. His Greenlight Capital hedge fund is absolutely massive, and has an equity portfolio worth more than 6 billion McDoubles. Assuming he doesn’t trade any of his investors’ capital for cheeseburgers any time soon, Einhorn can still use it to profess his love for Apple. He holds nearly 18% of his total stock portfolio in the company. That’s a greater percentage than he has invested in the entire financial or consumer goods sectors.

Unlike Shaw, Einhorn’s bullishness over Apple stock seems to stem from its value to shareholders. The company has over $140 billion in cash, and has enough money in the U.S. alone to buy BlackBerry Ltd (NASDAQ:BBRY) eight times over. With seemingly endless possibilities of dividend hikes, more buybacks, and potential M&A activity on the horizon, Einhorn’s gotta think Apple is cheap at 12 times forward earnings.

Coatue Management is managed by Philippe Laffont, and while you might not recognize the name, he studied under the one-and-only Julian Robertson. This makes Laffont a Tiger Cub, and due to his employment history and education (graduated from MIT), he focuses on technology stocks. Over 80% of the fund manager’s equity portfolio is invested in the tech and services sectors, and 7% is invested in Apple Inc. (NASDAQ:AAPL) alone. 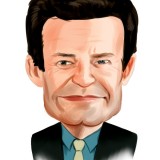 Ole’ Ken Fisher. When you think of an absolute stalwart, you think of Fisher’s fund, Fisher Investments. With offices in Woodside, California, San Mateo, California and Camas, Washington, in addition to locations in Germany and the UK, it’s truly a global operation. Oh, and he’s a billionaire too.

Thinking about the way Fisher has invested in Apple, it seems pretty clear he’s here for the value, but unlike Einhorn, he’s probably playing it as a stricter bargain-bin bet. What we mean by this is, his steady ownership history in Apple suggests that he’s not loading up on the stock in search of a better buyback plan like Icahn, and he’s not here for the technicals like Shaw. Remember when we said the company’s forward P/E was cheap?

Well it also trades at a PEG ratio below 0.7, indicating one of two things: (a) Wall Street’s growth forecasts are overstated, or (b) the market is underestimating Apple’s prospects. One’s got to give and Fisher looks like he’s betting on the latter.

Adage Capital is located in Boston (pronounced Bawston), and was founded by Phil Gross and Robert Atchinson in the early 2000s. Both fund managers worked for Harvard Management and established market-beating reputations, outpacing the S&P 500 by 4.5 percentage points a year according to Harvard Magazine. While it’s tough to say exactly why Gross and Atchinson would be invested in Apple, their 13F history implies that it’s likely for either value, event-driven reasons, or  a combination of the both.

We’ve already discussed the first strategy above, and event-driven would make sense. The immortal Apple rumor machine suggests that one or more of the following scenarios will take place in the final two quarters of 2013: (a) a gold iPhone 5S will be launched, (b) a lower-cost iPhone will be sold to emerging markets customers, (c) a wearable smart watch will be announced, (d) a smart TV will be announced, or (e) a deal with mega-carrier China Mobile will finally be agreed upon by both parties.

Obviously it’s tough to predict any of these rumors with certainty, but the mere possibilities are intriguing. With value and technicals looking on the bright side as well, it’s tough to fault any Apple bull at the moment.

The Unemployment Rate Is Up In 9 States Y/Y