Kurt Billick‘s Bocage Capital recently filed its 13F form for the June 30 reporting period. The market value of the fund’s public equity portfolio stood at $185.25 million at that time, with the energy sector representing 37% of this value. The San Francisco-based Bocage Capital was founded in 2010 with the intention of focusing on global commodities. The firm currently has about $901 million in regulatory assets under management and a total of 14 employees. The turnover ratio within the fund’s portfolio was slightly on the higher end during the second quarter, standing at 68.75%. Moreover, the firm’s equity portfolio is also highly concentrated, as its top ten holdings represent nearly 90% of the total value. We decided to look at how the fund has managed its energy investments in the face of a challenging environment for energy companies. Bocage’s top equity picks in the sector are Dynegy Inc. (NYSE:DYN), Cabot Oil & Gas Corporation (NYSE:COG), and Tesoro Corporation (NYSE:TSO). 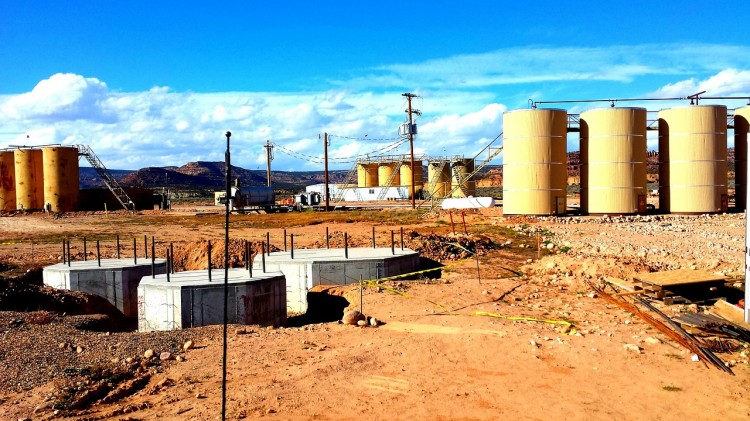 We don’t just track the latest moves of hedge funds. We are, in fact, more interested in their 13F filings, which we use to determine the top 15 small-cap stocks held by the funds we track. We gather and share this information based on 16 years of research which showed that these 15 most popular small-cap picks have a great potential to outperform the market, beating the S&P 500 Total Return Index by nearly one percentage point per month in backtests, and easily beating the most popular large-cap picks of funds, which nonetheless get the majority of their collective capital. Why pay fees to invest in both the best and worst ideas of a particular hedge fund when you can simply mimic only the very best ideas of the best fund managers on your own? Since the beginning of forward testing in August 2012, the Insider Monkey small-cap strategy has outperformed the market every year, returning 123%, nearly two times greater returns than the S&P 500 during the same period (see more details).

Bocage has held a position in Dynegy Inc. (NYSE:DYN) since the second quarter of last year. The fund trimmed its stake in the $3.14 billion utilities company by disposing of some 12,200 shares during the most recently completed quarter, taking its stake to 770,400 shares valued at $22.53 million. The firm’s second-largest equity holding represented more than 12% of its portfolio. Dynegy Inc. (NYSE:DYN) operates 35 power stations in the Midwest, Northeast, and along the West Coast, generating 26,000 megawatts of electricity. Commodity-exposed equities have been taking a hit lately and Dynergy is no exception, as its stock price has fallen by more than 18% year-to-date. Moreover, Deutsche  Bank recently lowered its price target for the company to $35 from $37 while maintaining its ‘Buy’ rating. Despite the challenging environment, analysts believe that the long-term thesis is intact, and upcoming catalysts include the PJM auction result and the updated PRIDE efficiency plans in November. Among the funds that we track, Howard Marks‘ Oaktree Capital Management is the largest shareholder of Dynegy Inc. (NYSE:DYN), holding about 9.80 million shares valued at $286.52 million.