The Diverging Paths of Public and Private Blockchains

Published on August 21, 2019 at 11:12 am by Insider Monkey Staff in Bitcoin, Ethereum and Other Cryptocurrencies, News, Tech

During the blockchain hype of 2017 and 2018, it was difficult to establish who exactly needs a blockchain and why. The market became flooded with innovations, ideas, and scams as startups and established enterprises alike looked for ways to profit from the technological revolution. As the hype died down, many critics accused blockchain as being the “solution in search of a problem.”

However, at this point in 2019, the applications and benefits of blockchain across different industry sectors are becoming more apparent. Moreover, there is a clear divergence between the evolution of public blockchains and their private, distributed ledger-based cousins.

When Satoshi Nakamoto mined the Bitcoin genesis block back in 2009, he kicked off a decentralization revolution. His vision of a peer-to-peer system of electronic cash, which could be exchanged without using banks as intermediaries, appealed to the individualism of the cypherpunk movement, who took the idea and ran with it.

However, it was Vitalik Buterin who brought the next significant milestone in the blockchain revolution in the form of the Ethereum blockchain – the world’s first smart contract platform. Ethereum’s ERC-20 token standard made it easy for entrepreneurs to mint their own tokens, which initiated the 2017 boom.

So, what Satoshi and Buterin started has now evolved into a thriving ecosystem of open, censorship-resistant public blockchains that bring their own value to the world. However, public blockchains continue to suffer from problems. Bitcoin and Ethereum still dominate, but they struggle with scalability.

When EOS launched in 2018, its delegated proof-of-stake consensus method seemed set to overcome the scalability challenge. It has – but at the expense of centralization issues including collusion and the formation of cartels among its 21 block producers who control the lion’s share of EOS tokens.

Solving the Trilemma of Public Blockchains

Swiss-based Velas is following in the footsteps of its predecessors, by taking existing blockchain concepts and improving them. The founder and CEO of Velas is Alex Alexandrov, who is also the CEO of the first and largest altcoin payment processor and wallet solution in the world, CoinPayments. 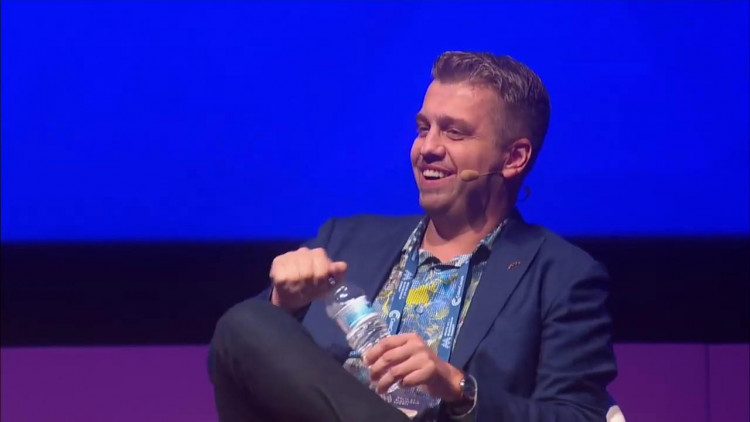 Like EOS, Velas uses the DPoS consensus but has enhanced it with artificial intelligence (AIDPoS). By replacing fallible humans with machines to make consensus decisions, Velas believes it has overcome the blockchain trilemma of scalability, decentralization, and security.

The AIDPoS algorithm selects stakers based on the needs of the network, electing block producers by artificial intuition, and thus eliminating any potential for collusion. The neural network also calculates the block reward for producers.

Furthermore, the Velas algorithm creates blocks as and when required depending on demand. This flexibility enables it to process up to 30,000 transactions per second.

The Divergence of Enterprise Distributed Ledgers

So, Bitcoin, Ethereum, EOS, and now Velas are focused on the development of scalable, open, decentralized public ledgers. Meanwhile, businesses have forged their own path in developing enterprise-grade private or permissioned blockchains designed to solve specific problems in given industry sectors.

Those involved with private blockchains tend to operate in consortia. Members can only join the blockchain if they are provided with the necessary permissions, offering protection from malicious actors. In some cases, external regulators may be brought in to provide oversight.

One of the most prominent innovators in the enterprise blockchain space is International Business Machines Corporation (NYSE:IBM). The company has been involved in some of the most high-profile launches of distributed ledger solutions over recent years.

IBM developed the Food Trust solution, enabling global food giants, including Walmart and Nestlé, to better track and trace the provenance of their supply chains. The company estimates that the global food sector loses around $60 billion annually, due to inefficiencies between producers and suppliers. The Food Trust solution aims to bridge this gap.

Accenture (NYSE:ACN) has also been one of the front-runners in the enterprise blockchain development space. The company was involved in a collaboration between the World Economic Forum and the Canadian and Dutch governments to launch a pilot for passport-free travel. Accenture has form in this space, having also teamed up with Microsoft (NASDAQ: MSFT) to launch a blockchain-based digital identity network.

Overall, there’s no doubt that blockchain is destined to become an integral part of our lives. In some areas, we will know where and why – spending our cryptocurrencies on a decentralized gaming app, for example. In others, such as the provenance of our food, it will be critical, but far less visible.