Leading private equity and asset management firm Fortress Investment Group was in the news recently after it was announced that the firm would be closing its main macro-themed hedge fund, Fortress Macro, due to poor performance. Furthermore, Michael Novogratz, who ran Fortress Macro, is expected to leave the firm. In the first nine months of the year, when macro hedge funds lost 0.6% on average, recent regulatory filings show that Fortress Macro lost 17.5%. The continuous underperformance of Fortress Macro can also be gauged by the fact that its assets under management have shrunk by more than 80% since 2007 to just $1.6 billion.

We at Insider Monkey use our own metrics for measuring performance of hedge funds’ long stock picks and that too shows that Fortress Investment Group has been performing poorly this year. The 26 companies with a market value of over $1 billion in which Fortress Investment Group was long as of June 30, according to its last 13F filing, had a weighted average negative return of 11.34% during the third quarter. The same metric for the first nine months of the year shows a loss of 11.2%. Since we don’t factor in short positions or investments in bonds or options in our calculations, the actual returns of Fortress Investment Group can different.

In this article we will be taking a closer look at Fortress Investment Group’s five largest equity holdings at the end of the second quarter (according to its 13F filing) and see how they contributed to the firm’s under-performance during the third quarter. 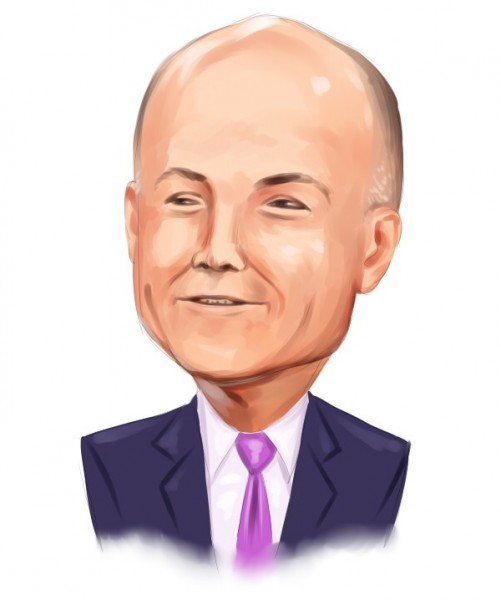 Fortress Investment Group started as a private equity firm in 1998, founded by ex-BlackRock Financial partner Wesley R. Edens and two former UBS managing directors, Robert Kauffman and Randal A. Nardone. The firm started its hedge fund operations in 2002 by bringing in Michael Novogratz and Pete Briger, both of whom served as partners at Goldman Sachs. The remarkable success of Fortress Investment Group’s private equity arm led the firm to have a very successful IPO right before the financial crisis on February 9, 2007. However, tides have turned since then and the performance of the group is reflected by its stock price, which is down by almost 70% from its IPO price of $18.50 and significantly below the $35 figure at which it debuted on the exchanges. As of June 30, the U.S equity portfolio of Fortress Investment Group as a whole was worth $7.24 billion, with two-thirds of it invested in stocks from the financial sector.

We track hedge funds and prominent investors because our research has shown that historically their stock picks delivered superior risk-adjusted returns. This is especially true in the small-cap space. The 50 most popular large-cap stocks among hedge funds had a monthly alpha of about six basis points per month between 1999 and 2012; however the 15 most popular small-cap stocks delivered a monthly alpha of 80 basis points during the same period. This means investors would have generated 10 percentage points of alpha per year simply by imitating hedge funds’ top 15 small-cap ideas. We have been tracking the performance of these stocks since the end of August 2012 in real time and these stocks beat the market by 53 percentage points (102% return vs. S&P 500’s 48.7% gain) over the last 37 months (see the details here).

Consumer financial services company Springleaf Holdings Inc (NYSE:LEAF) was Fortress Investment Group’s largest equity holding at the end of the second quarter. As of June 30, the firm held around 73.44 million shares of the company worth $3.37 billion, and this stake accounted for 46.57% of Fortress Investment Group’s U.S public equity portfolio. Although shares of Springleaf Holdings Inc (NYSE:LEAF) remained largely flat and ended the third quarter down by 4.8%, the solid gains they made in the first quarter of the year has ensured that they are still trading up by 24.3% year-to-date. The popularity of the company saw a massive jump during the second quarter among the funds covered by us, as 33 hedge funds reported a stake in it at the end of the quarter, compared to just 15 at the end of the first quarter. On October 7, analysts at Janney Montgomery Scott initiated coverage on the stock with a ‘Buy’ rating and a $57 price target. Martin Hughes‘ Toscafund Asset Management initiated a large stake in Springleaf Holdings Inc (NYSE:LEAF) during the second quarter, purchasing 865,000 shares.

Things are about to get a lot worse for Fortress’s top picks, as you’ll see on the following page.