After stumbling upon the 2009 book “Buy and Hold is Dead, I asked myself, “Did I fall asleep and wake up in a world without a stock market?” Let me tell you why.

The buy and hold strategy is the safest way to invest your money, because while you will likely experience downturns with certain stocks, you will also be invested when the shares launch into orbit. Take a look at investment guru Warren Buffetts’ Berkshire Hathaway. Buffett purchased The Coca-Cola Company (NYSE:KO) in 1988 when the stock was valued at around $2 per share. Shares then shot up to over $42 within 10 years, and it is just now returning to that high. Buffett’s investment of $1 billion in the company about 25 years ago has turned into $10 billion. He still owns the same shares he purchased in 1988. So while The Coca-Cola Company (NYSE:KO)’s price hasn’t realized the same highs it did 15 years ago, Coca-Cola is still a knock-out for Buffett and any investor savvy enough to get in on the stock at the right time. There’s no telling where the stock will go next, but a company as solid as Coca-Cola will likely realize more highs, and that’s why Buffett is holding on. The buy and hold strategy works when it is applied to companies that are solid — particularly when they pay steady dividends. 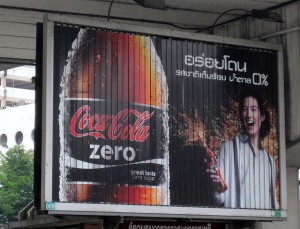 But what about that book?

Still, there are those who argue that buy and hold is dead. In fact, I suppose anyone taking the advice of the book Buy and Hold is Dead touts active investment management. That sounds like a lot of unnecessary work to me. After all, savvy investors know the company they buy, and they can tell after a thorough analysis which businesses will continue to profit far down the road. I’m not necessarily talking about 25 years, like Buffett with The Coca-Cola Company (NYSE:KO) — though that’s not a bad idea either. A minimum of five years is a fair timeline to give yourself with a buy-and-hold investment. While I can’t help but take a look at company news, particularly quarterly and annual reports, it’s also okay to ignore your investments and come back to them years later. Coca-Cola will still be here, for example.

What’s that you say, ignore my investments?

The frequency with which you check your investment should depend on the stock. Typically, large cap stocks in sectors with limited competition are better designed for this approach. The sector is very important, because if you used the buy-and-hold approach with Microsoft Corporation (NASDAQ:MSFT) and bought when the stock was priced near $60 per share in 1999, and held it to its current range of $29, you would be disappointed to say the least.

Bonus Biotech Stock Pick: You can also find a detailed bonus biotech stock pick that we expect to return more than 50% within 12 months.
We may use your email to send marketing emails about our services. Click here to read our privacy policy.
Related Insider Monkey Articles
Advanced Micro Devices, Inc. (AMD): Can Game Consoles Save It?Apple Inc. (AAPL), Cirrus Logic, Inc. (CRUS): Why Did My Stock Just Die?What to Expect of Apple Inc. (AAPL)?

Why PepsiCo, Inc. (PEP)’s a Better Buy Than The Coca-Cola Company (KO...Berkshire Hathaway Inc. (BRK.A): The Bond Bubble Will Explode