The two to focus on are the housing numbers. February’s rate of housing starts was revised upward from 917,000 to 968,000. In March, housing starts rose to a seasonally adjusted annual rate of 1.04 million — the highest level since late 2008.

Growth in housing starts for both February and March is good news for the ongoing recovery of the housing market, which has been strengthening over the past year. There are worrying signs ahead, however: Building permits dropped in March from 939,000 to 902,000. Building permits are a leading indicator of future housing starts. While permits were down 4% month over month, they are still up 17% from March 2012. 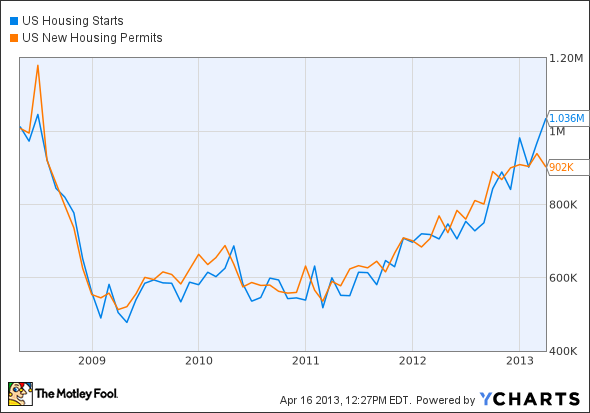 US Housing Starts data by YCharts.

Dan Dzombak has no position in any stocks mentioned. The Motley Fool recommends Coca-Cola.