Published on March 21, 2016 at 2:42 pm by Sure Dividend in Dividend Stocks,News,Stock Analysis

The Coca-Cola Co (NYSE:KO) is the largest seller of non alcoholic beverages in the world.

The company has had a great run.  It is a Dividend King with an amazing 54 consecutive years of dividend increases.

There’s no doubt Coca-Cola has generated tremendous growth since being founded in 1892.

Some investors think Coca-Cola’s growth days are over…

That is not the case. 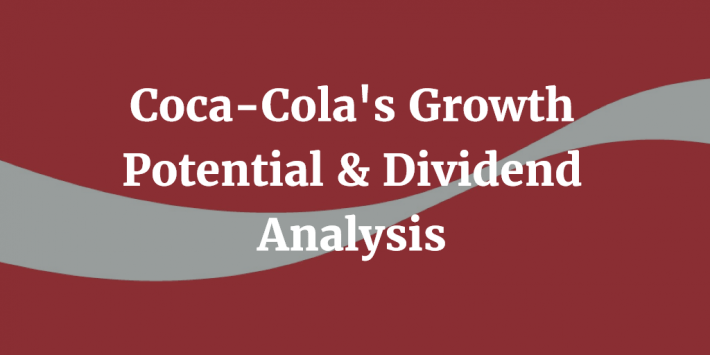 Coca-Cola is benefiting from the growing global beverage industry more than any other company.

The worldwide beverage industry (excluding the US) is expected to increase in value by $300 billion from 2014 to 2020.

Coca-Cola had a market cap of ~$150 billion at the beginning of 2014. This gives the company an expected compound growth rate of 6.9% (not including dividends and share repurchases) up to 2020…  If the company does not gain any market share.

I believe Coca-Cola will continue to gain market share and reward shareholders with share repurchases and dividends.  This will drive up the company’s growth rate into the double-digits for the next several years.

Among the investors tracked by Insider Monkey, a total of 51 funds own shares of Coca-Cola as of the end of 2015, down by 54 funds a quarter earlier. However, the aggregate value of their positions went up to $20.29 billion from $19.33 billion during the last quarter of 2015 and represented 10.90% of the company. The largest shareholder of Coca-Cola is Warren Buffett’s Berkshire Hathaway, which owns 400.0 million shares worth $17.18 billion, according to its last 13F filing.

The image below shows the company’s strong competitive position around the world. 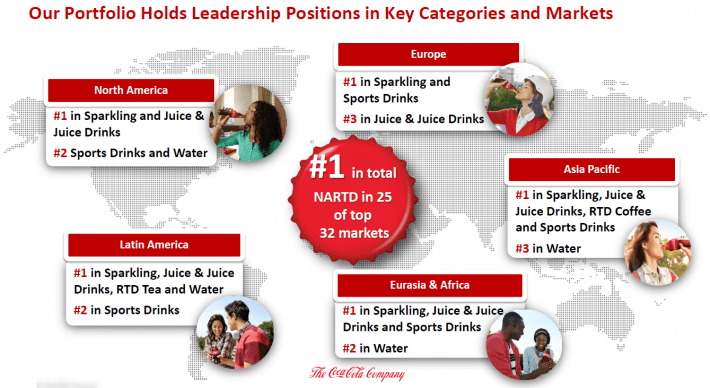 As per capita income increases in Eurasia, Africa, and the rest of the developing world, Coca-Cola stands to gain.

Coca-Cola is enjoyed on a per capita basis much more in some countries than in others.  This gives Coca-Cola the opportunity to focus on countries with low levels of per capita consumption as the market is less saturated.

About 50% of teens and young adults have not enjoyed a Coca-Cola in the last 30 days.  Coca-Cola still has a long growth runway ahead.

Five Dividend Kings to Buy Based on Billionaire Investors’ Sentiment