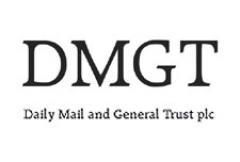 Peru urges new copper mine owner to stick to Xstrata blueprint (Reuters)
Peru expects any new owner of one of the largest copper deposits in the world to stick to development plans set out by Xstrata before it was acquired by trading house Glencore. Glencore has agreed to sell the Las Bambas project in Peru’s Cotabambas and Grau Provinces to a buyer approved by China’s monopoly watchdog by Sept 15, 2014 in exchange for Beijing’s blessing over Glencore’s $35 billion acquisition of Xstrata, completed in April. Xstrata approved development of Las Bambas over a four-year period in August 2010, four months before Glencore first unveiled merger plans with Xstrata. Demand for copper has since waned, with the metal’s price down about 8 percent this year.

This P/E Suggests RSA Insurance Is a Hold (Fool)
The FTSE 100 has risen by 25% over the last year, and many top shares are beginning to look quite expensive. I’m on the hunt for companies that still look cheap, based on their long-term earnings potential. To help me hunt down these bargains, I’m using a special version of the price to earnings ratio called the PE10, which is one of my favorite tools for value investing. The PE10 compares the current share price with average earnings per share for the last ten years. This smoothes out any short-term volatility and lets you see whether a company looks cheap compared to its long-term earnings. Today, I’m going to take a look at the PE10 for RSA Insurance Group plc (LON:RSA).

A Closer Look At RSA Insurance Group Plc’s Dividend Potential (Fool)
Is RSA Insurance Group plc (LON:RSA), Aviva plc (LON:AV) a solid pick for dividend growth? Dividend income accounts for around two-thirds of total returns, the actual rate of return taking into account both capital and income appreciation. Given that share prices are often volatile and unpredictable, the potential for plump dividends can give shareholders much-needed peace of mind for decent returns. I am currently looking at the dividend prospects of RSA Insurance Group plc (LON:RSA) and assessing whether the company is an appetising pick for income investors. RSA boasted a solid record in recent years, steadily increasing payouts since 2009 even as earnings remained broadly under pressure during these years. However, last year’s decision to rebase the dividend in an effort to recharge earnings potential eventually took a scythe to shareholder payments.