The Best and Worst of the Highest-Yielding Telecom Stocks 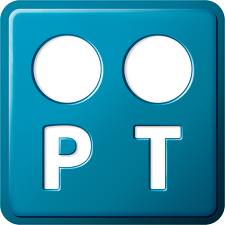 As I’ve said many times before, investors can find plenty of rich yields in telecom stocks. Predictable subscriber demand gives these companies plenty of cash flow to support high dividends. In addition, telecom companies currently benefit from the rollout of the 4G technology, which is exponentially expanding data usage.

In an earlier article, I listed the highest-yielding stocks by industry and a few telecoms I considered suitable candidates for further research. But it’s important to take a closer look at these stocks, simply because a high yield doesn’t necessarily mean high quality. Buying a stock based on its yield alone is extremely risky. Just as you would never buy a car without looking under the hood, you should never buy a stock without evaluating all of its fundamentals. My closer look at the highest-yielding telecom stocks revealed several potential values and a few high-risk dividend traps.

Portugal Telecom, SGPS (NYSE:PT), the largest telecom operator in Portugal has been hurt by mandated rate reductions and southern Europe’s deepening financial crisis. The company recently posted third-quarter profits 29% lower than last year at $83 million, and analysts look for just 3% growth for each of the next five years.

Cash-flow coverage of the dividend was decent at 130%, but Portugal Telecom has a massive debt load totaling $14.6 billion, or six times cash flow. To be able to cut debt faster, the company halved its dividend last June to an annual rate of just 43 cents, which implies a forward yield of about 8.5%.

The largest French telecom has lost 30% of its market value this year because of Europe’s economic woes and a price war with a new mobile provider. The company’s cash flow dipped 7% in the third quarter to $4.8 billion, and France Telecom SA (NYSE:FTE) is guiding for a further drop in cash flow totaling just $9 billion in 2013.

The good news is even with reduced cash flow, the company will still have plenty to cover the $5.6 billion annual dividend.

NTELOS Holdings Corp. (NASDAQ:NTLS) provides high-speed voice and data services to subscribers in the eastern and southeastern United States. Roughly 40% of the company’s revenue comes from a wholesale wireless service supplier agreement with Sprint. A major worry for investors is that Sprint won’t renew this contract when it expires in 2015.

NTELOS’ earnings per share (EPS) from continuing operations dropped 30% in this year’s third quarter to 22 cents. Analysts anticipate no better than 3% annual EPS growth in the next five years. While trailing 12-month cash flow of $100 million easily covers the $49 million dividend, NTELOS is weighted down by $451 million of debt. Last year, this company reduced its annual dividend by 25% to $1.68 a share.

City Telecom (H.K.) Limited (NASDAQ:CTEL) has solid 12-month EPS of $12.18 and more cash than debt. Clouding this otherwise rosy picture is the company’s recent sale of its telecom operations in order to become a pure play in TV content.

Launching an entirely new business positions City Telecom as a start-up, so the company plans to eliminate its dividend altogether for three years so it can invest in its TV operations.

Windstream Corporation (NASDAQ:WIN) primarily operates in rural markets of the U.S. South and has been very aggressive on the acquisition front. The company acquired Iowa Telecom Services two years ago for $1.1 billion and PAETEC Holding last year for $2.3 billion.

While Windstream’s earnings fell 31% in the third quarter to $54 million, the company expects to realize $40 million of annual savings from a recent restructuring and another $100 million of acquisition-related operating synergies by 2014.

Analysts predict 20% EPS growth next year. In the past 12 months, Windstream has generated $581 million of free cash flow and paid out $441 million in dividends. Debt is high at $7.8 billion or 88% of capital, but is down from $8.9 billion at the beginning of this year. Windstream has paid an annual dividend of $1 per share for the past five years.

Cellcom Israel Ltd. (NYSE:CEL) holds a one-third share of the Israeli market, but is being hurt by challenges from competitors that have already upgraded to 4G networks. Cellcom is still limited to 3G service.

Because of that, Cellcom’s EPS fell 38% in the third quarter to 32 cents because of subscriber losses, and the company expects further erosion next quarter as it takes steps to adjust expenses to new lower revenue levels. Cellcom took on $421 million of debt last year to acquire Netvision and is using all of its cash flow for debt reduction. The company stopped paying dividends two quarters ago and plans to evaluate future payments on a quarter-by-quarter basis.

Consolidated Communications Holdings Inc (NASDAQ:CNSL) provides high-speed Internet and broadband services to customers in Western and Midwestern states. The company recently paid $340.9 million for regional operator SureWest and anticipates $25 million in annual operating synergies as a result of the merger. Excluding acquisition-related costs, the company’s EPS improved 33% in the third quarter to 28 cents.

While the acquisition also left Consolidated with long-term debt of $1.2 billion (roughly four times cash flow), the company has restructured its debt so there are no debtmaturities in the next five years. Cash-flow coverage of the dividend is 140% and Consolidated has paid a 39-cent quarterly dividend 20 quarters in a row.

Risks to Consider: Foreign companies often tie dividend payout to earnings, which can result in cuts in the dividend, even if the business still has plenty of cash and cash flow. All of the foreign companies described above have either cut or eliminated dividends altogether in the past 12 months. U.S. companies are far less inclined to slash the dividend even during tough times.

Action to Take –> I wouldn’t even consider owning a stock that misses dividend payments such as Cellcom Israel or one totally revamping its business model such as City Telecom. NTELOS is risky because of its contract situation. Either of the European telecoms (France Telecom and Portugal Telecom) may appeal to investors willing to wait for Europe’s economic recovery. These European telecom giants aren’t likely to disappear anytime soon, both continue to generate plenty of cash flow and yields remain attractive even at the lower dividend rates.

With that said, my top picks for overall safety are Consolidated Communications and Windstream. Both of these companies are gaining synergies from recent acquisitions, have good cash flow coverage of the dividend and are focused on reducing debt. Windstream trades at a lower forward price-to-earnings (P/E) ratio than Consolidated (16 versus 21), which suggests Windstream may be a better value.

This article was originally written by Lisa Springer, and posted on StreetAuthority.

This Ackman Disciple Is Making A Telecom Move
Monthly Newsletter Strategy
Download a free copy of our newsletter and see the details inside!
Hedge Fund Resource Center
Billionaire Hedge Funds