The United States celebrates its independence on July 4, but the worlds of business and finance don’t shut down simply because much of the nation would rather watch fireworks and grill hamburgers. Several key events in American business history took place on the same day that its Founding Fathers signed their names to a set of self-evident truths. The first of these would have a lasting impact on the financial markets of the young nation… 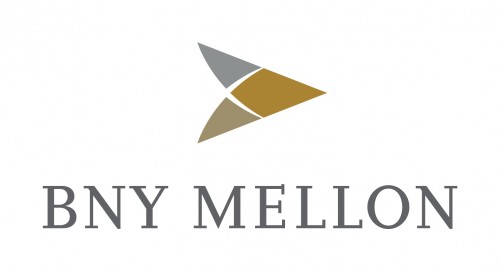 Central banking goes public
The First Bank of the United States held an initial public offering on July 4, 1791, several months after it was chartered by federal legislation. It was not the country’s first IPO — that honor belongs to the Bank of North America — but it dwarfed all other public debuts in the young nation’s history and, indeed, may be the largest IPO of all time. Many prominent citizens swarmed Wall Street to buy shares in the $8 million offering, which in our time corresponds to an amount equal to $615 billion in present-day economic power. The final $2 million of the bank’s $10 million total market cap remained in government hands. The new central bank was worth almost 5% of America’s GDP in 1791, a truly staggering scale for a largely privately owned bank, that is unlikely to ever be matched again — at least in market cap.

Rather than offer shares at their full face value, the Bank IPO took a different approach to capital raising that has rarely been repeated since. A report prepared for the National Bureau of Economic Research (NBER ) by Richard Sylla and Robert E. Wright of New York University, in collaboration with David J. Cowen, offers greater detail:

The Bank’s incorporation, and the later heavy interest in its IPO, encouraged a flurry of state banking incorporations in response, either to defend against total federalization of banking, or to attract Bank of the United States branches to that state. Other businesses were also chartered in increasing numbers following the Bank’s incorporation, and the NBER paper records a tenfold increase in business charters granted in the 1790s over the 1780s, establishing incorporation practices in the United States before many other imperial powers had begun adopting the practice.

However, the Bank’s IPO would also lead to instability in America’s developing financial markets, which eventually erupted in all-out panic during the spring of 1792. The scrips requirement to pay much of the Bank’s share value in federal debt issues ensured that those debt issues also received a great level of investor interest, and prices fluctuated rather wildly in the periods that bookended the four additional scrip payments as bonds were bought or traded in. The NBER report has more detail on the Bank’s initial IPO bubble:

[The IPO] gave rise to six weeks of heated financial speculation the likes of which had never been witnessed in America. Scrips purchased at $25 during the IPO quickly doubled in price and remained at that level for most of July. In early August they went through the roof, reaching $264 bid, $280 ask in New York on August 11, and more than $300 in Philadelphia the same evening. Then they tumbled, in Boston from $230 on August 12 to $112 on August 14, to $154-$159 in New York on August 16, and to $125-$137 in Philadelphia the same day, before rallying later that month.

Is The Shine Coming Off Apple Inc. (AAPL)’s Halo?