Michael Crichton’s 1969 thriller The Andromeda Strain, about an extraterrestrial plague arriving in New Mexico on a crashed satellite, contains an apparent paradox (to avoid a minor spoiler relating to this 51-year-old novel, skip to the next paragraph). There are only two survivors from the small town where the satellite crashed, and they have nothing in common: a 69-year-old man addicted to Sterno (the cans of methanol used to fuel the fires under chafing dishes), and a healthy infant. A series of medical tests conducted on both yields no immediate answers: the 69-year-old’s blood is acidic (pH <7) and the infant’s blood is in the normal range (7.39-7.43). Eventually, the apparent paradox is resolved: the baby had been constantly crying after the satellite crashed, causing its blood to become alkalotic. The Andromeda Strain only thrives within the normal pH range. 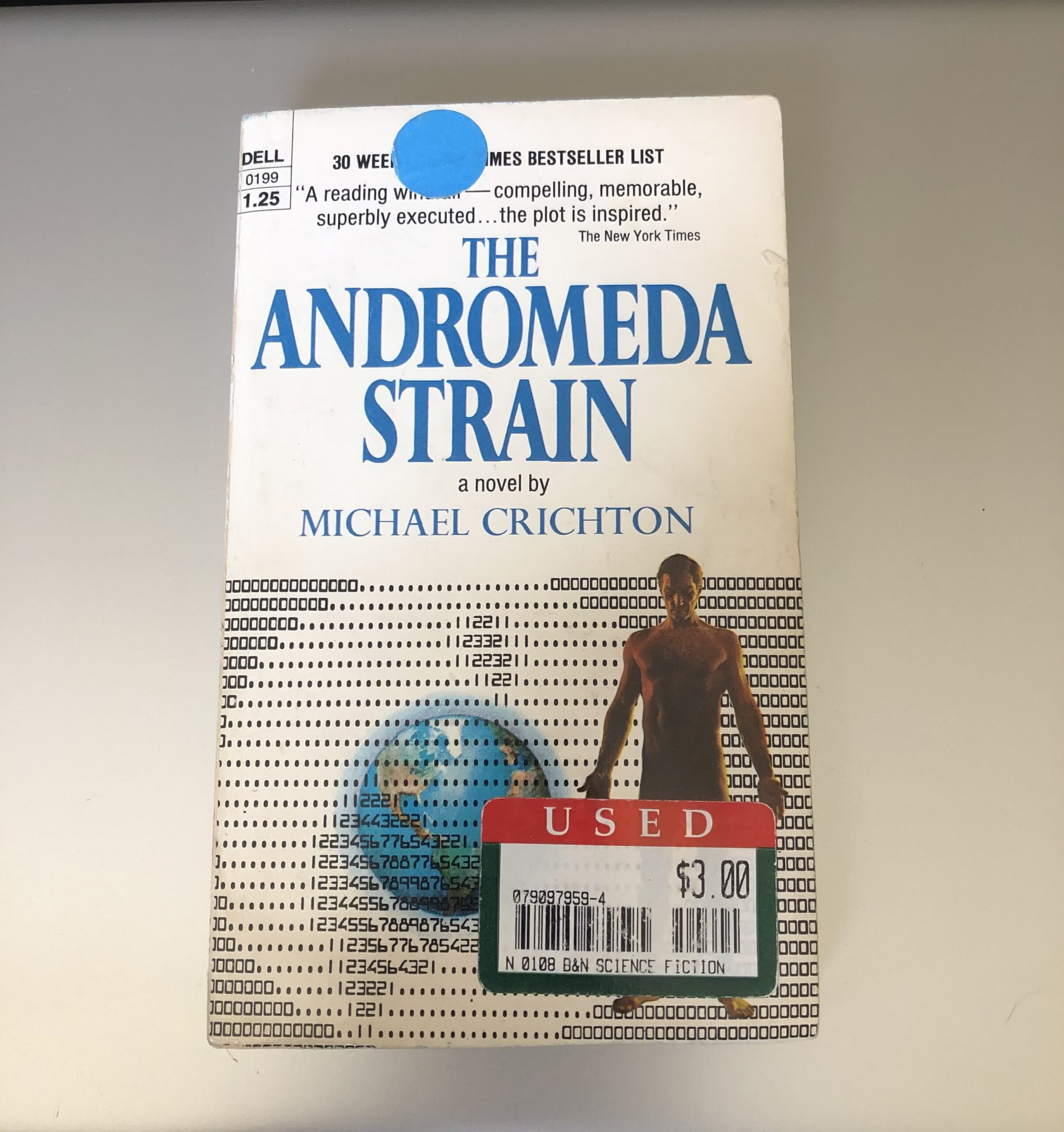 The author’s used copy of The Andromeda Strain (photo via author).

The first daily ranking, the “top names” list, consists of ten securities that are, on average, inexpensive to hedge with put options. For example, the average cost of hedging Tuesday’s top names against a >20% decline over the next six months with optimal, or least expensive, puts was 1.91% of position value. By way of comparison, the cost of hedging the SPDR S&P 500 ETF (SPY) the same way was 4.03%.

So far, we have full 6-month performance data for 127 weekly top names cohorts, and they’ve outperformed SPY on average, as you can see below (interactive charts of all the top names cohorts so far are available here). 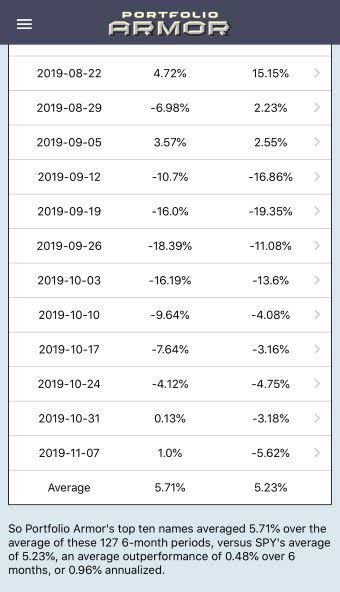 Portfolio Armor uses those top names as a starting point for the primary securities it includes in hedged portfolios.

To minimize hedging costs in hedged portfolios, our website rounds down dollar amounts of primary securities to round lots (numbers divisible by 100). At the end of that process, there’s cash leftover from the rounding down process. Since every position is hedged in our hedged portfolios, cash isn’t necessary for liquidity or to limit risk. So, since returns on cash are low, we seek to minimize cash. The way we do that is by replacing as much of it as possible with what we call a “cash substitute”. That’s a security that when tightly collared (with an upside cap set at 1%, or the current 7-day yield on the Fidelity Cash Reserves Money Market Fund, whichever is higher) has a higher expected return than cash, and a maximum drawdown within your indicated risk tolerance.

If you think of put hedging cost as a proxy for downside risk, you’d probably expect wildly different returns from these two rankings. And at the individual level, we’ve seen that. The cash substitutes typically have a broader range of individual performance than the top names. For an extreme example, let’s look at the cohorts that hit their 6-month mark near the March market bottom.

I mentioned in a previous post that Portfolio Armor’s top names started shifting away from stocks on March 2nd. Here’s the performance of the March 2nd top names cohort so far.

Now here’s the performance of the March 2nd cash substitute cohort so far:

We’ve only been tracking the unhedged returns of the cash substitutes since the end of August, and so far they’ve been fairly even with the top names performance since then overall. But the most recent cash substitute cohorts to hit the 6-month mark have been beating the market handily, such as the November 12th one:

How We’re Using This Data

How You Can Use This Now