Investors may want to invest in liquor or golf equipment or kitchen and bathroom fixtures, but few wish to invest in all three using a single company. Fortune Brands learned this the hard way. In 2011, it sold its golf division, and broke itself up into the liquor company Beam and the home products company Fortune Brands Home & Security. A corporate breakup gave Fortune Brands investors the simplicity they needed — and the following three companies might need to follow its example.

I think that bears repeating: the company’s products range from military attack copters to lawn mowers.

With share prices down more than 60% from their all-time high in 2007, there is clearly something wrong with the company: namely, Cessna. After reporting record revenues of $5.662 billion in 2008, the private jet business stalled in midair. Just two years later, Cessna would report a full-year revenue loss of $29 million.

The real shame of the matter is that the company’s Bell Helicopter division has performed exceptionally well, and is now the company’s largest division. Bell managed to increase its revenues, profits and profit margins each year from 2009 to 2012. If Bell Helicopter were its own separate company, maybe investors could enjoy some of that strong performance.

Beer and heavy machinery: What can go wrong?
Manitowoc Company, Inc. (NYSE:MTW) is a second example of the weakness of one division hiding the strength of another. The financial crisis severely damaged the construction industry and the need for construction equipment, and Manitowoc Company, Inc. (NYSE:MTW)’s crane business was no exception. Thanks to the global slowdown, the Manitowoc Cranes division saw its operating earnings and margins get hit with a wrecking ball, falling from $557 million and 14.3% in 2008 to a 2010 low of $91 million and 5%.

Manitowoc Company, Inc. (NYSE:MTW)’s food-service equipment division, on the other hand, battled through the recession like a champ. Manitowoc Foodservice hitched its growth prospects to the likes of McDonald’s and Yum! Brands and never looked back. Selling everything from deep fryers and walk-in refrigerators to buffet counters and beer towers, the restaurant industry makes up about 66% of this division’s revenues. From 2008 to 2012, operating earnings and margins for Manitowac Foodservice jumped from just $59 million and 10% all the way to $239 million and 16.1%. 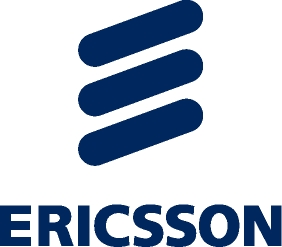