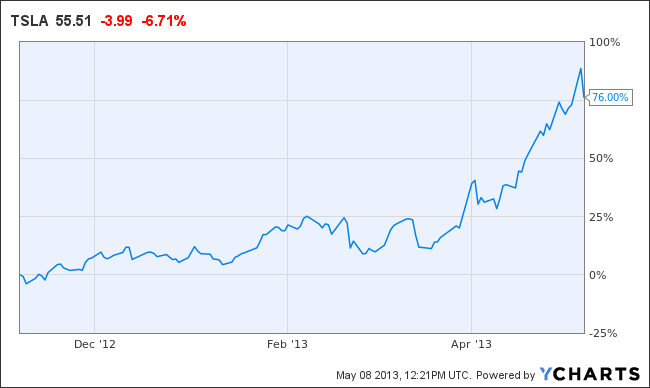 There’s good reason for that. Very often a company going from building its business to turning a profit is an important turning point. It has the potential to lead to years of growing profitability. So there is logic behind the optimism about Tesla Motors Inc (NASDAQ:TSLA)’s future.

The metrics to watch will be car sales and backlog. The company has just introduced its first sedan with a plan for an SUV in the works. Although the long-term goal is an affordable electric car for the masses, right now Tesla Motors Inc (NASDAQ:TSLA)remains stuck at the high end of the market. It actually scrapped the “cheap” version of the sedan because of a lack of demand.

If the high-end niche that the company has stumbled onto is large enough, it could have years of growth ahead while it figures out how to make an affordable electric car. If, however, the launch of the sedan has already eaten up a lot of the demand that there was for an electric car, then profitability will be short lived and so, too, will be the dream of an affordable model.

The problem that investors have is that Musk has a slightly different take on the world than most. For example, after noting that profitability was around the corner, he announced that there would be even bigger news down the line. When that news came out, it was about a complex financing plan for car buyers. Nice, but not nearly as exciting as a company going from red ink to black ink.