A company of the Chicago area

Magna International Inc. (USA) (NYSE:MGA) is the most important car parts developer and supplier for the Chicago area and was able to sane its finances, showing a remarkable recovery after the last economic crisis. In addition, new government regulation and customer preferences are expected to have a positive impact on company’s future.

Rising gas prices, as in the 1970’s, have curbed customer preferences for smaller and more efficient vehicles. In turn, lighter cars have pushed SUV’s to the side, lowering demand for car parts. Such market behavior has negatively impacted Magna International Inc. (USA) (NYSE:MGA)’s future prospects. And, even though the company´s balance sheet was affected by economic slowdown, today it shows great signs of recovery. All its fundamentals are close to historical highs, there is no outstanding debt, and cash has begun to steadily flow inward. So, the company has the necessary financial strength to embark on the necessary R&D to satisfy new government regulations and customer demands. Also, as suppliers merge in order to satisfy automakers’ demands for fewer providers, Magna International Inc. (USA) (NYSE:MGA) is in an advantageous position thanks to its wide portfolio and client regional concentration.

An old proverb warns not to place all your eggs in one basket. The proverb’s aim is to advise individuals against concentrating risks. Magna International Inc. (USA) (NYSE:MGA) seems not to have heard this, and for the same reason has been affected by the recent economic slowdown harder than competitors. The point is Chicago-based automakers count for 50% of Magna’s sales. This dependence on Chicago automakers makes Magna highly liable to U.S. economic downturns, as the last economic slowdown has proved. The other 50% is mostly located in another market that has suffered the consequences of the U.S. economics – Europe. The good news is automakers, and providers, are recovering together with the economy as a whole. The recovery can be seen in the progressive increase of the company’s stock price, which has reached an all-time high. Given Magna’s current price and conservative estimates due to world economic uncertainties, it is recommended to hold.

Tenneco Inc (NYSE:TEN) has two main differences with respect to Magna: diversified clients and an established emissions control segment. These characteristics make Tenneco less vulnerable to U.S. economy downturns, and well-suited to take advantage of new emission regulations. Also, clients in developing countries have been experiencing a surge in sales, helping curve the negative effects of the U.S. and European economies on the company’s balance sheet.

Magna has a relevant position within the European market, accounting for 40% of its sales. The remaining 60% is distributed among the Chinese and North and South American markets, giving the company an edge on lighter vehicles over competitors. The advantage is not from less exposure to U.S. and European economic downturns, but from the increase in sales of light vehicles in South America and Asia. Also, Tenneco Inc (NYSE:TEN) was able to decrease the likelihood of being replaced by recruiting many clients and serving different auto segments, thus establishing a high obstacle to competitors and a high price for automakers. Last, new emission regulations will give the company an opportunity to maintain a leading position within the industry, thanks the aforementioned emissions control segment.

This Metric Says You Are Smart to Sell Westport Innovations Inc. (USA) (WPRT... 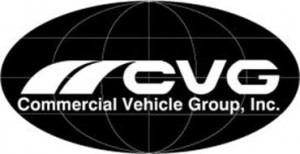 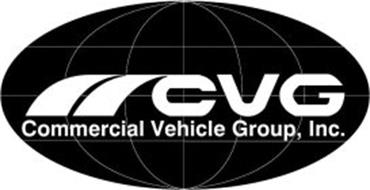 Here is What Hedge Funds Think About Gentex Corporation (GNTX)