Is Telefonica Brasil SA (ADR) (NYSE:VIV) a bargain? Hedge funds are reducing their bets on the stock. The number of long hedge fund bets shrunk by 7 in recent months.

To most market participants, hedge funds are viewed as underperforming, outdated financial tools of yesteryear. While there are more than 8000 funds with their doors open at present, we hone in on the crème de la crème of this group, around 450 funds. It is widely believed that this group has its hands on most of the hedge fund industry’s total capital, and by watching their highest performing picks, we have deciphered a number of investment strategies that have historically outpaced Mr. Market. Our small-cap hedge fund strategy outpaced the S&P 500 index by 18 percentage points a year for a decade in our back tests, and since we’ve began to sharing our picks with our subscribers at the end of August 2012, we have topped the S&P 500 index by 24 percentage points in 7 months (check out a sample of our picks).

Just as beneficial, positive insider trading activity is another way to parse down the stock market universe. As the old adage goes: there are a number of reasons for a corporate insider to downsize shares of his or her company, but just one, very simple reason why they would initiate a purchase. Plenty of empirical studies have demonstrated the useful potential of this method if piggybackers understand what to do (learn more here).

With these “truths” under our belt, let’s take a gander at the key action surrounding Telefonica Brasil SA (ADR) (NYSE:VIV).

What does the smart money think about Telefonica Brasil SA (ADR) (NYSE:VIV)?

In preparation for this year, a total of 5 of the hedge funds we track held long positions in this stock, a change of -58% from the third quarter. With hedge funds’ sentiment swirling, there exists a few noteworthy hedge fund managers who were upping their stakes considerably.

According to our comprehensive database, Bruce Kovner’s Caxton Associates LP had the biggest position in Telefonica Brasil SA (ADR) (NYSE:VIV), worth close to $9.9 million, accounting for 0.4% of its total 13F portfolio. Coming in second is AQR Capital Management, managed by Cliff Asness, which held a $8.7 million position; less than 0.1%% of its 13F portfolio is allocated to the company. Remaining peers that hold long positions include Howard Marks’s Oaktree Capital Management, Brian Ashford-Russell and Tim Woolley’s Polar Capital and Jane Mendillo’s Harvard Management Co.

Since Telefonica Brasil SA (ADR) (NYSE:VIV) has faced a declination in interest from hedge fund managers, we can see that there was a specific group of hedge funds who sold off their full holdings heading into 2013. Interestingly, Peter Rathjens, Bruce Clarke and John Campbell’s Arrowstreet Capital sold off the largest position of the 450+ funds we watch, worth an estimated $38.5 million in stock., and Israel Englander of Millennium Management was right behind this move, as the fund dumped about $4.4 million worth. These bearish behaviors are important to note, as total hedge fund interest dropped by 7 funds heading into 2013.

Insider purchases made by high-level executives is particularly usable when the company we’re looking at has seen transactions within the past six months. Over the last six-month time frame, Telefonica Brasil SA (ADR) (NYSE:VIV) has experienced zero unique insiders purchasing, and zero insider sales (see the details of insider trades here). 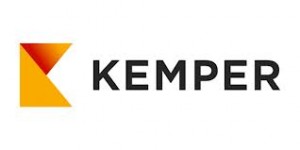 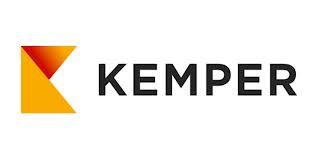