No company ever wants to report a bad earnings report, particularly when that company is a publicly traded company that has to report those earnings out to the whole world. However, that is the situation that Target Corporation (NYSE:TGT) had to report this morning as it missed its earnings goal for the quarter and reported that it expects to have a weak year in general as retailers continue to struggle with the changing consumer behavior.

Revenues declined to $20.69 billion from $21.63 billion for the same period ending last year while analyst were looking for $20.70 billion. That means that the company is moving in the wrong direction. Companies always want to report expanding earnings. Even a small dip can make investors jittery, and this was much more than just a small drop, this was a sizable fall. 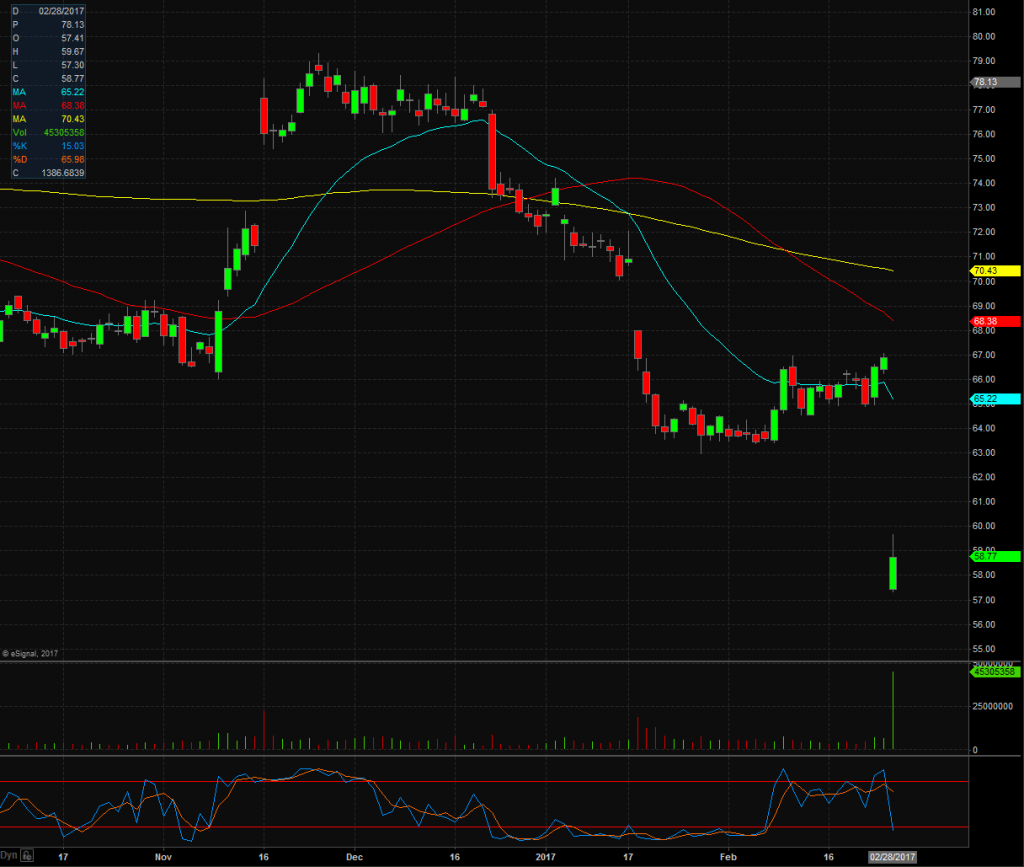 Looking at the daily chart above you will see that shares were hammered following their earnings results. Shares closed Monday at $66.91 and opened Tuesday at $57.41 marking a 14% drop in value. Shares haven’t traded at these levels since 2014 but we should see some support come in at the $56 and $52 levels while $60 and $64 will act as resistance.

Shares are well below their 200 and 50-day moving average that are currently sitting at $70.43 and $68.38 respectively. Look for shares to be more volatile over the coming days as investors and traders digest the earnings data and make adjustments to their portfolios.

“Our fourth quarter results reflect the impact of rapidly-changing consumer behavior, which drove very strong digital growth but unexpected softness in our stores,” said Brian Cornell (1), chairman and CEO of Target. “At our meeting with the financial community this morning, we will provide detail on the meaningful investments we’re making in our business and financial model which will position Target for long-term, sustainable growth in this new era in retail. We will accelerate our investments in a smart network of physical and digital assets as well as our exclusive and differentiated assortment, including the launch of more than 12 new brands, representing more than $10 billion of our sales, over the next two years. In addition, we will invest in lower gross margins to ensure we are clearly and competitively priced every day. While the transition to this new model will present headwinds to our sales and profit performance in the short term, we are confident that these changes will best-position Target for continued success over the long term.”