Alta Park Capital is a San Francisco-based investment advisory firm launched by a trio of West Coast industry veterans, Bijan Modanlou, Joseph Bou-Saba, and Jayaveera Kodali, in 2013. The fund’s equity portfolio has a total worth of over $64.14 million as of June 30. In the third quarter, Alta Park returned an impressive 18.55% from its 22 long positions in companies worth at least $1 billion, four of which we’ll look at in this article. They are Yahoo! Inc. (NASDAQ:YHOO), Alibaba Group Holding Ltd (NYSE:BABA), Symantec Corporation (NASDAQ:SYMC), and Dolby Laboratories, Inc. (NYSE:DLB).

It should be noted that our calculations may be different from the fund’s actual returns, as they do not factor in changes to positions during the quarter, or positions that don’t get reported on Form 13Fs, like short positions.

Out of nearly 660 funds tracked by Insider Monkey with at least five qualifying positions, 627 delivered positive returns from those holdings in the third quarter. This may appear to be strange, as the actual returns of hedge funds often lag the market, but our research has consistently shown that hedge funds experience positive returns from their long positions in companies which have a market value of $1 billion or more. Alta Park is one such hedge fund tracked by us. In this article we’ll analyze the fund’s top picks of the second quarter, which were mainly from the technology sector, and see how they added to the total returns. 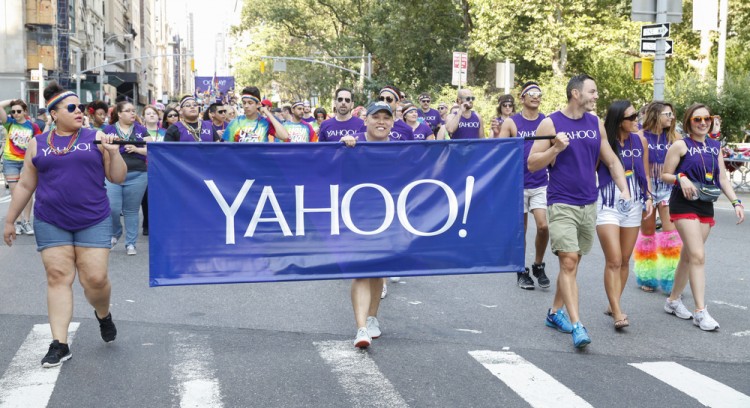 Alta Park sold off 15% of its stake in Yahoo! Inc. (NASDAQ:YHOO) in the second quarter, ending the period with 145,000 shares of the internet company, whose core business has been bought by Verizon. The aggregate value of the position stood at over $5.45 million on June 30. The stock returned 14.7% during the third quarter.

The number of long hedge fund bets on Yahoo were trimmed by 16 recently. Yahoo was in 81 hedge funds’ portfolios at the end of June. There were 97 hedge funds in our database with YHOO positions at the end of the previous quarter. According to publicly available hedge fund and institutional investor holdings data compiled by Insider Monkey, Joshua Friedman and Mitchell Julis’ Canyon Capital Advisors have the number one position in Yahoo! Inc. (NASDAQ:YHOO), worth close to $697.6 million, corresponding to 27.7% of its total 13F portfolio. Coming in second is Owl Creek Asset Management, led by Jeffrey Altman, holding a $569.2 million position; the fund has 35.7% of its 13F portfolio invested in the stock. Some other professional money managers that are bullish include Jeffrey Smith’s Starboard Value LP, David Cohen and Harold Levy’s Iridian Asset Management, and Sander Gerber’s Hudson Bay Capital Management. 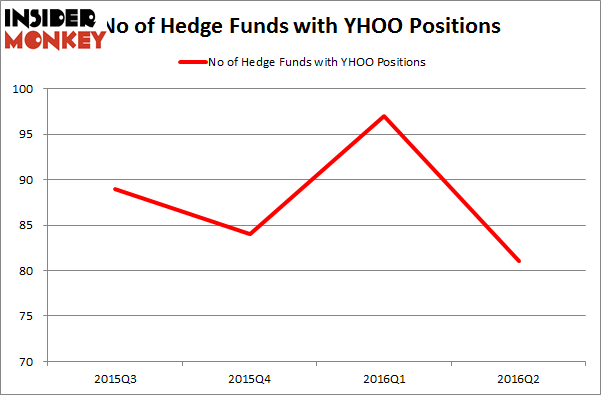 Alta Park loaded up on Alibaba Group Holding Ltd (NYSE:BABA) in the second quarter, upping its stake in the company by some 204%, ending the quarter with 66,900 shares. The stake had a total worth of about $5.32 million at the end of June. The purchase was timed perfectly, as Alibaba shares returned 33% during the third quarter.

Heading into the third quarter of 2016, a total of 69 of the hedge funds tracked by Insider Monkey were bullish on this stock, a 3% rise from the first quarter of 2016. Silver Lake Partners, managed by Jim Davidson, Dave Roux and Glenn Hutchins, holds the largest position in Alibaba Group Holding Ltd (NYSE:BABA). Silver Lake Partners has a $1.30 billion position in the stock, comprising 27.2% of its 13F portfolio. The second largest stake is held by Viking Global, managed by Andreas Halvorsen, which holds a $320.6 million position. Other professional money managers that are bullish encompass Rob Citrone’s Discovery Capital Management, Ken Fisher’s Fisher Asset Management, and Cliff Asness’ AQR Capital Management.